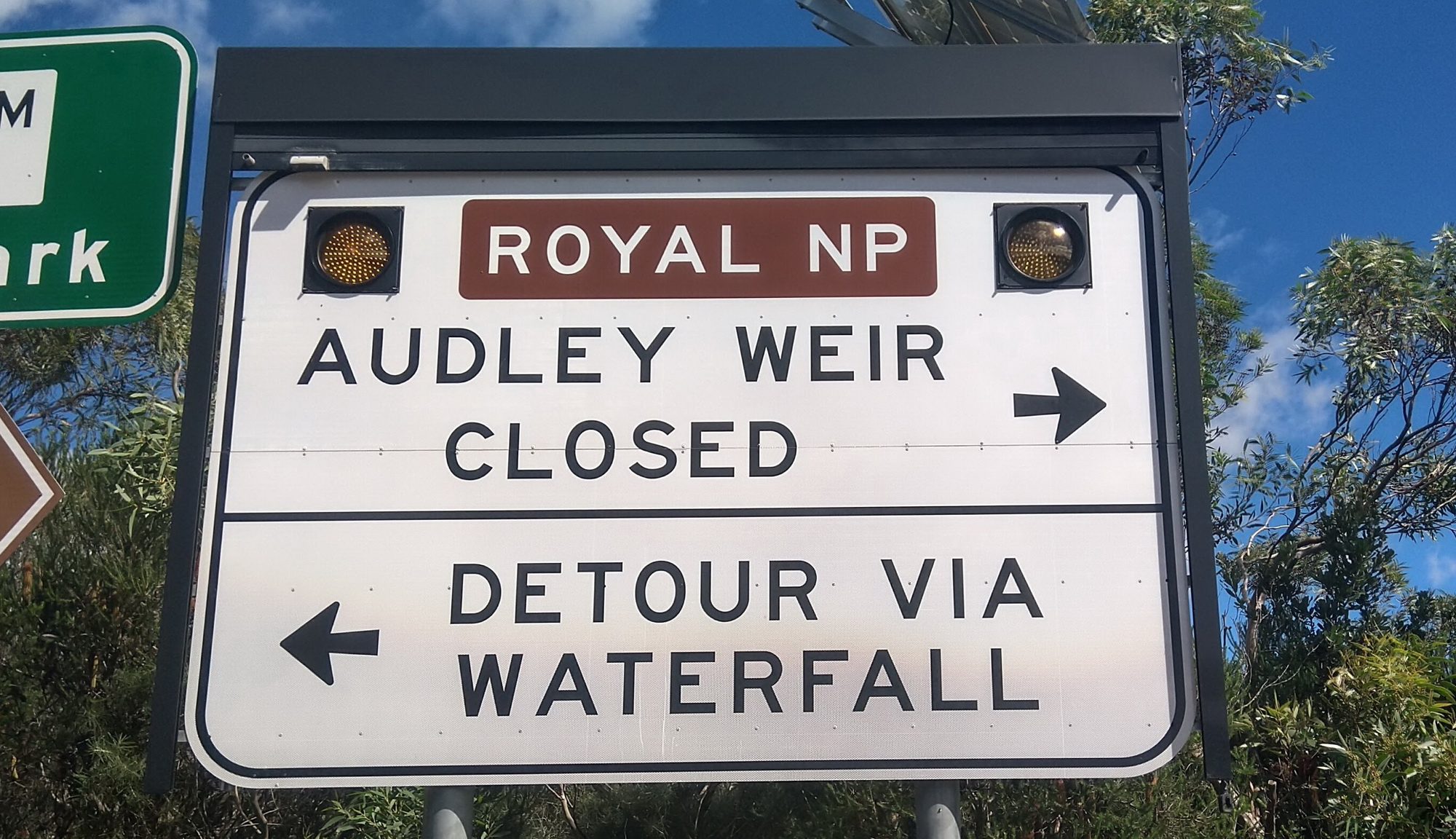 Audley Weir has had it’s second flooding event  for 2021 which is nine months  since it last flooded in March 2021.

The ongoing La Niña weather pattern has increased rainfall over the eastern area of Australian over the last couple of months. Thunderstorms and persistent rain on Friday 10 December triggered the weir to flood.

Officially the weir closed on 11 December at 2:21am. However, several reports indicated the weir was flooded by early Friday evening. Drivers were caught off guard by the lack of warning and poor visibility with many being met with an unexpected wall of water as they drove across the weir.

The weir reopened Saturday morning at 8:56am.

Audley Weir has had it’s first flooding event  for 2021.  It’s been over seven months since it last flooded in August 2020.

Shortly after closure a vehicle was stranded midway on the Weir. Reports indicate the driver had come to Bundeena to assist a resident. Enroute to returning home the Weir had flooded but warning signs had not yet been activated. The driver not being familiar with the road drove through the Weir where the vehicle had stalled midway. The driver was able to escape.

Police and SES crews monitored the vehicle over the course of the first day. A tow truck attended the Weir but it was assessed to be too dangerous to attempt recovery. The vehicle was eventually removed a couple of days later after the water level had subsided.

The vehicle was eventually removed a couple of days later on Wednesday 24 March after spending over 100 hours on the Weir. Surprisingly, the vehicle’s exterior looked in good shape given it’s ordeal. 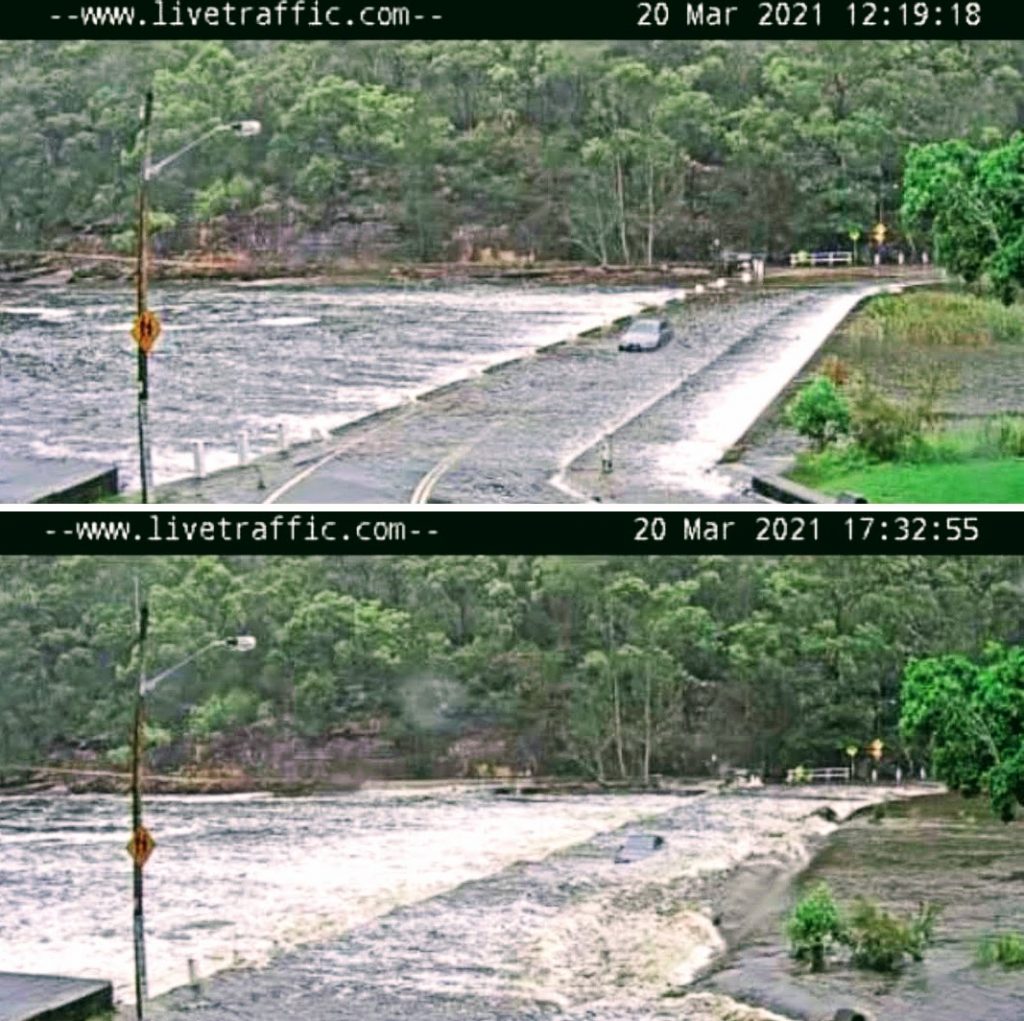