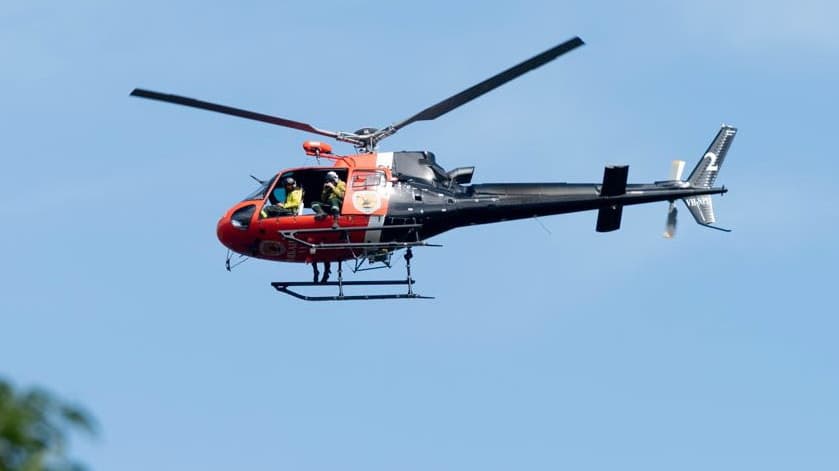 Bundeena residents were startled by the sounds of gun fire from the recent culling of deer.

Residents woke up Monday morning to the sounds of gun shots and a helicopter circling a section of the Royal National Park adjoining Jibbon beach. A sniper aboard the helicopter was shooting deer below which were being tracked by thermal imaging.

While deer culling around Bundeena is not unusual it tends to occur at night by ground based snipers. As well signage is normally posted in advance indicating that culling will be taking place.

NSW National Parks & Wildlife Services (NPWS) is known to regularly use helicopters for culling but this is the first time it has used them near Jibbon beach which is located next to the town of Bundeena. While general notices of the culling were published on the NPWS website no signage or notices were sent to nearby residents.

Residents in Sydney’s south near the Royal National Park have woken to the sounds of a hovering helicopter and gunfire.#7NEWS pic.twitter.com/DBkfksZ1Oe

Many residents were upset that no advance notices or warnings were given for the planned cull. On the day rangers were positioned at the Bundeena entrance to Jibbon beach warning residents not to enter the bush areas.