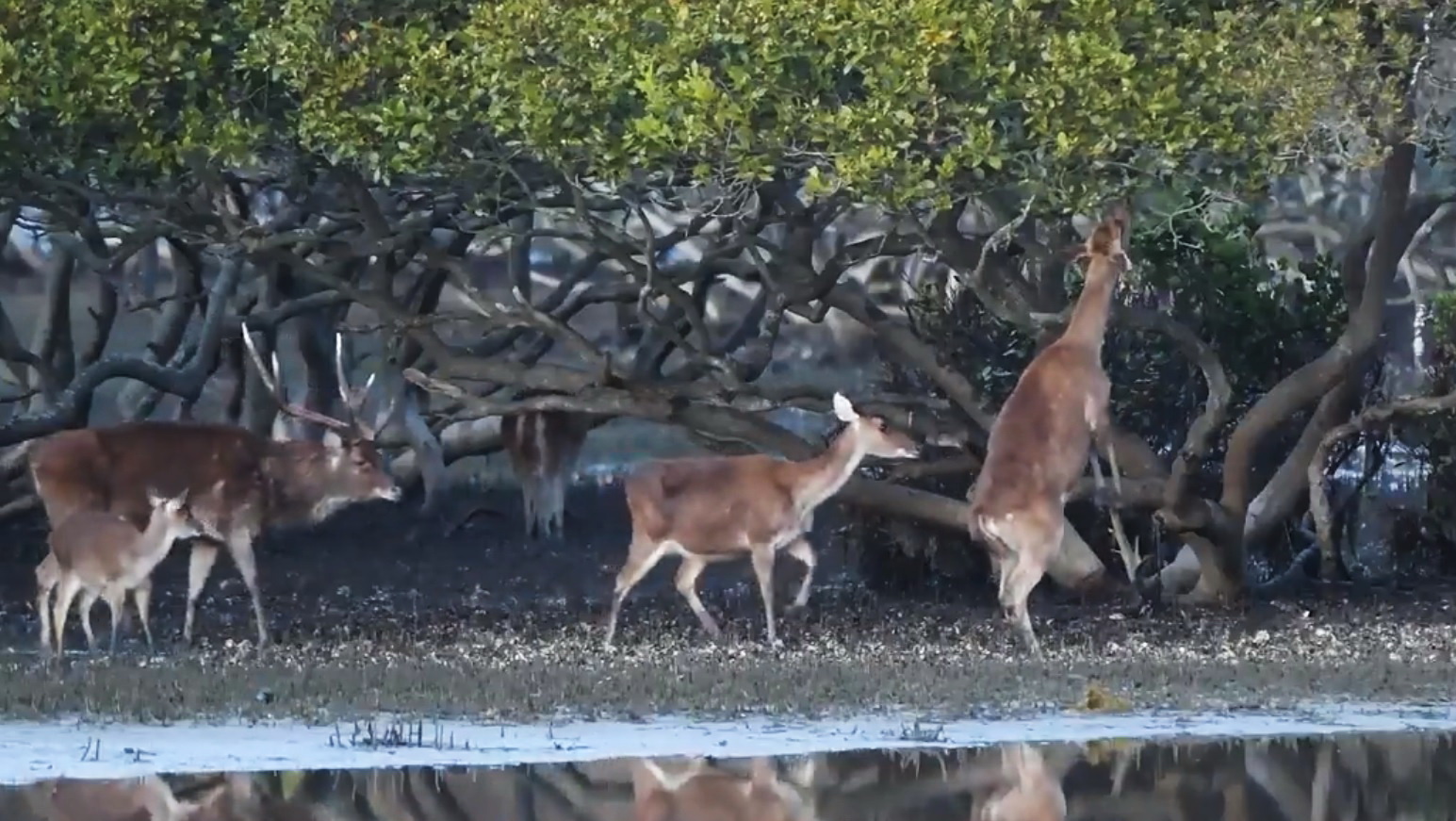 A marine biologist has captured on video the impact of rusa deer on mangroves growing in the Royal National Park.

The deer were first introduced into the Royal National Park in 1906 for exhibition purposes. Seven rusa deer were released into a fenced area which was known as Deer Park. However, the deer soon escaped and since that time they have been uncontrollably breeding, reaching a population of several thousand today.

The mangroves are an important nursery ground for nearly all major angling fish including yellowfin bream, flat-tail sea-mullet, luderick and sand whiting which are caught in the Port Hacking River.  Many crustaceans such as soldier and blue swimmer crabs feed off the leaf litter the mangroves provide.

Rusa deer are not native to Australia. Escapees from a small exhibit herd brought to the Royal National Park in 1906 became abundant, spread. This is, I think, the first visual record of their use of the Park’s #mangroves and its impacts #WorldMangroveDay2020 pic.twitter.com/xTR8b07H2M