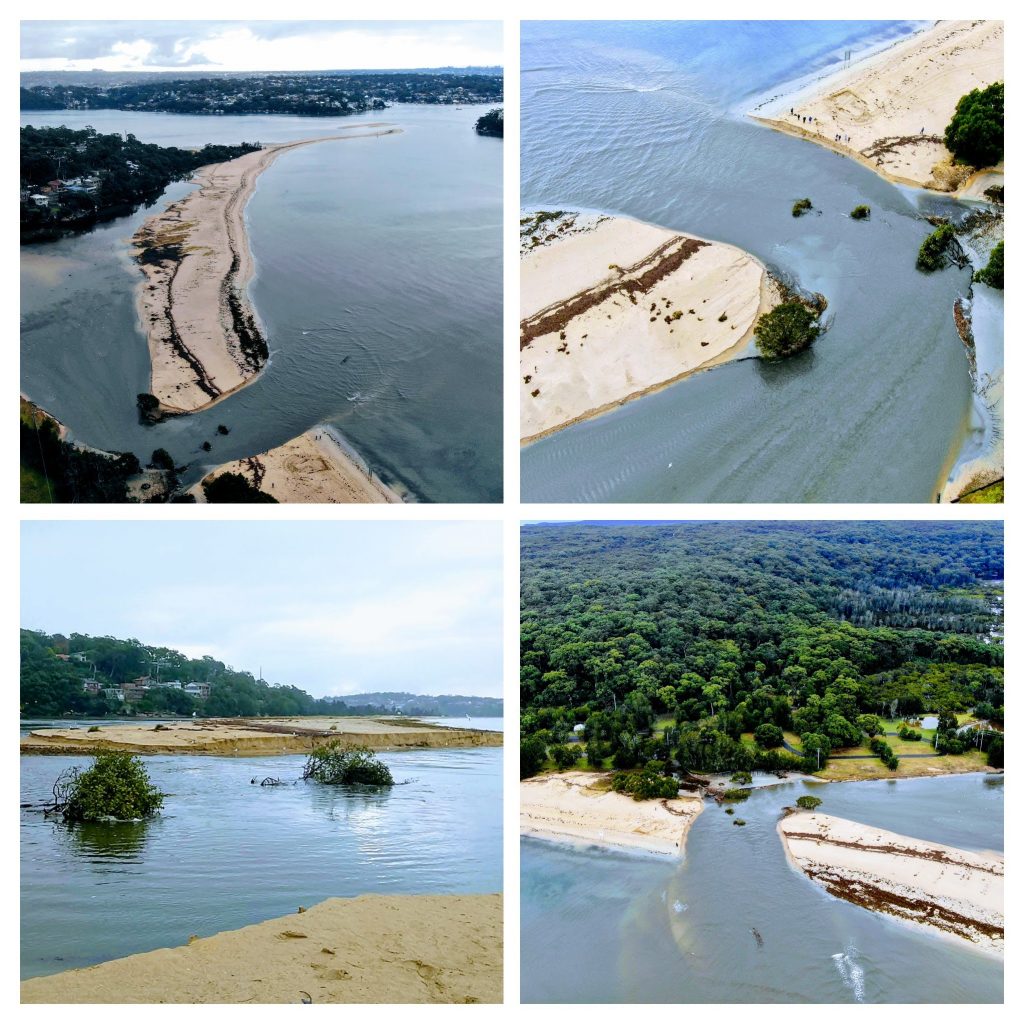 The split was triggered by a series of large tides which washed over sand from the spit to the northern section of the waterway adjoining Maianbar. The accumulation of sand blocked the waterway leaving no path out for water which was building up from rains. Eventually the water level built up until it forced it's way through the lower spit breaking it in two.

The area around Deeban Spit bushwalk has become a breeding area for migratory shorebirds including far eastern curlew and bar-tailed godwit. Both birds migrate here from their sub-arctic breeding grounds in Siberia & Alaska. The bar-tailed godwit is the world record holder for longest non-stop flight of 13,000 km over 13 days. The adults begin to arrive in July & arrivals continue through to November as the newly hatched fledglings leave breeding grounds after the adults. The resident shorebirds, pied oystercatcher & masked lapwing, nest directly on the beach.

Successful breeding requires overcoming many obstacles as it is, so care should be taken during your bushwalk to avoid disturbing these birds or their nesting area. The best way to avoid disturbing nesting birds is to walk close to the water’s edge. If you see temporary fence lines keep well clear, do not enter or stop to try to find the birds. Birds will leave the nest on your approach and you may accidentally step on the eggs as they are well camouflaged to blend in with the beach.

The birds have a large variety of beak shapes to extract the large variety of shellfish and invertebrates that exist in the various layers of sand and mudflats. The eastern curlew has an extremely long beak for digging in the mudflats to extract the saltwater nippers (yabbies). Some other birds that can be spotted here are sea and water birds, such as pelicans, spoonbills and egrets and the large raptors.