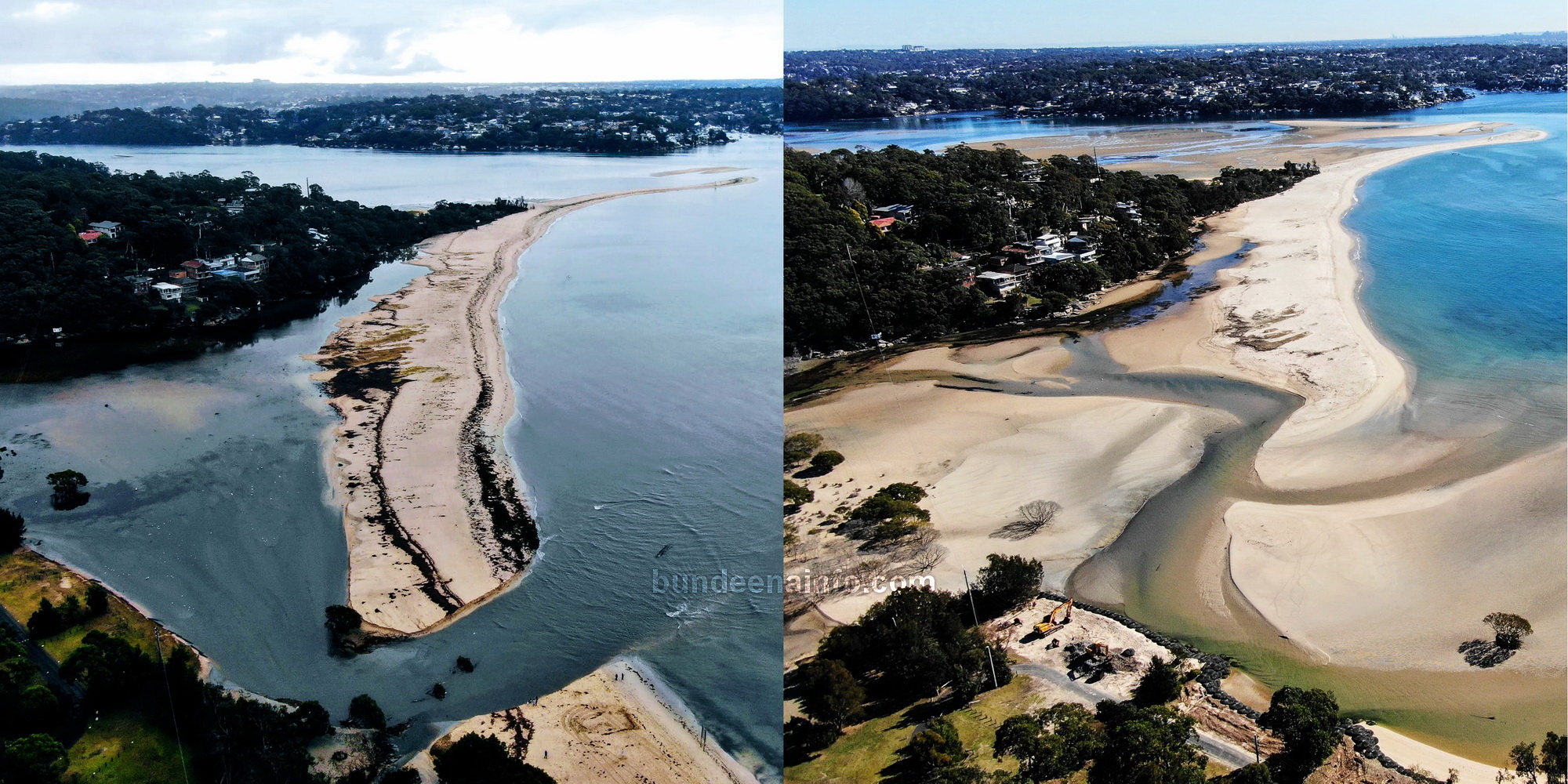 Static for over half a century the sands of Deeban Spit have been dramatically shifting over the last year.

By 1901, the hatchery reportedly contained snapper, black bream, garfish, whiting, Tasmanian trumpeter, herrings, lobsters and oysters, and, produced millions of fry.  During the operation of the hatchery the the southern end of the Spit did not extend to join the mainland where the current Bonnie Vale campground is but was seperated by a water channel.

With the closure of the hatchery the Spit was left to it’s own ends and eventually the the sands had shifted with tides closing the southern water channel and joining the mainland at the campground location.

The Spit dramatically changed again in May 2020 when it was split in two.

The split was triggered by a series of large tides which washed over sand from the spit to the northern section of the waterway channel adjoining Maianbar. The accumalation of sand blocked the channel leaving no path out for water which was building up from heavy rains. Eventually the water level built up until it forced it’s way through the lower spit breaking it in two.

Fastfoward to 2021 and the Spit has been altered again.  The sands have shifted and now two exit channels have formed in the southern edge. As well the disbursment of sand has left the southern tip of the Spit less defined.

The trapped water before the split had a long term affect on the adjoining  mangroves in the Basin.  In particular, the mangroves “drowned” from the lack of tidal flow resulting in them losing their foilage and haven’t recovered since. These patches of mangroves are coloured gray in the above video.