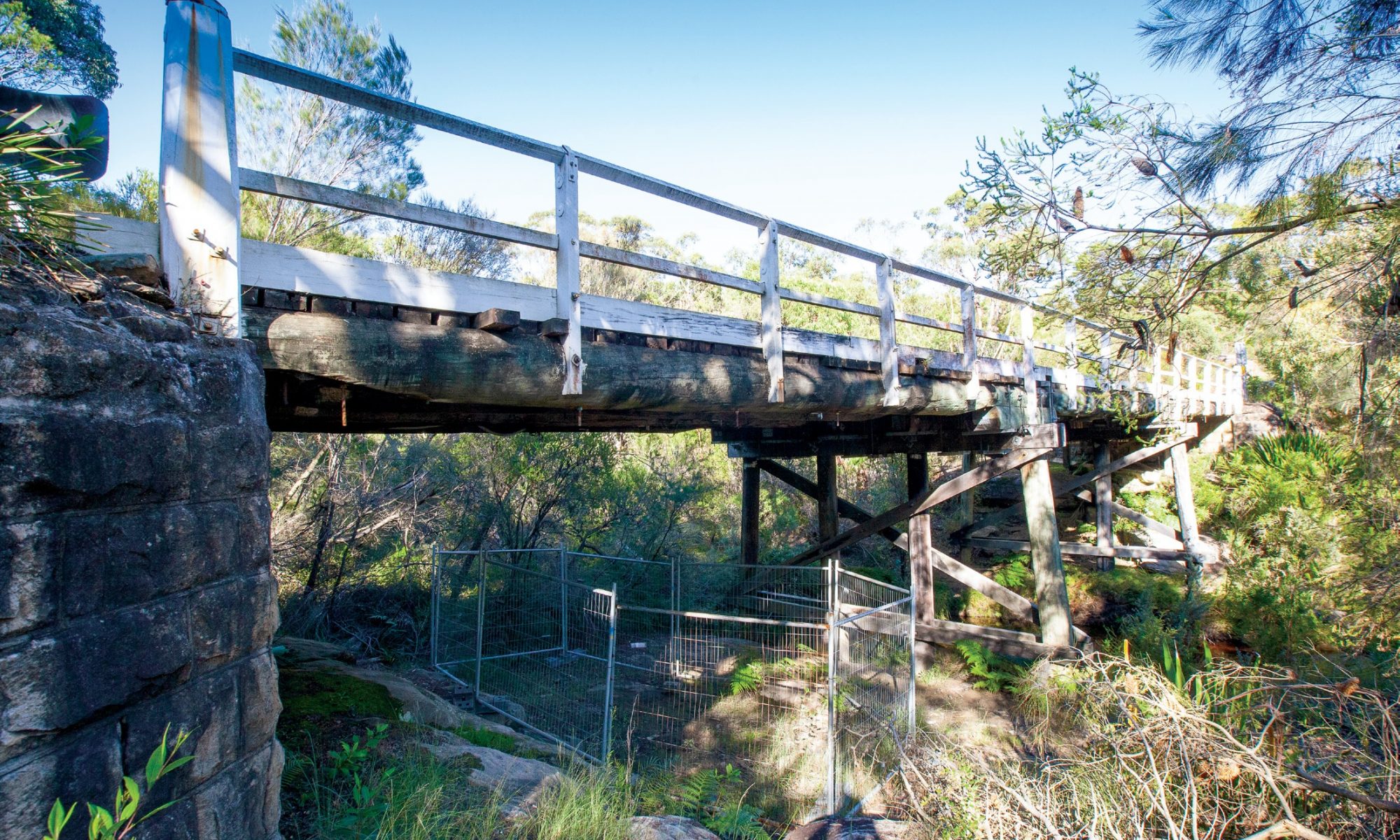 Transport for NSW has announced the closure of Flat Rock Creek Bridge in the Royal National Park for two months.

The timber bridge was built during the end of of WWII in 1945 and connected Bundeena to the Sutherland Shire via Audley Weir. The bridge was damaged as a result of the 1994 bushfires and repairs were made to it subsequently.

The closure of Flat Rock Creek Bridge will run from 4 September until late October. The closure is required for the replacement of the 75 year old bridge which has structural issues. The narrow bridge has also been a pinch point for traffic when large trucks crossover it. The existing bridge will be removed and a new prefabricated replacement bridge will be dropped into place.

As a result of the construction there will be no road access via the bridge between Princes Highway and the towns of Bundeena and Maianbar. Commuters and visitors will need to drive via the alternate route using the Waterfall Royal National Park entrance.