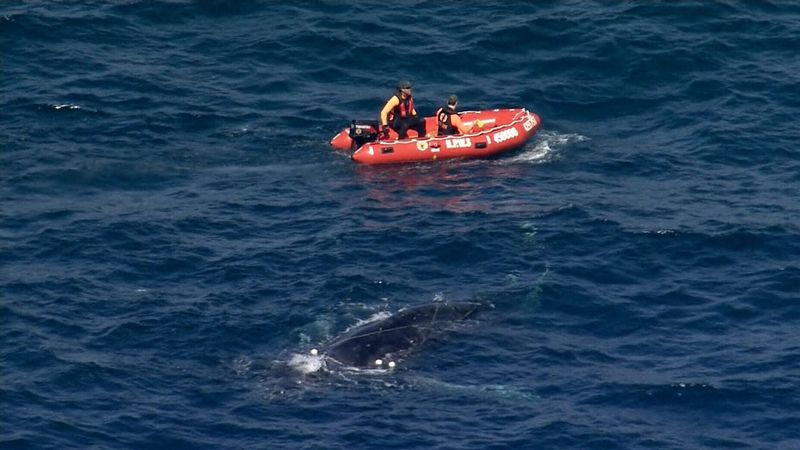 NSW National Parks and Wildlife Services are are attempting to rescue a whale entangled in netting at Wattamolla.

The whale is thought to be a seven-metre humpback and has become tangled about 400m off-shore from Wattamolla beach.

The humpback was spotted in distress Monday morning and while still breathing was unable to move from it’s location. 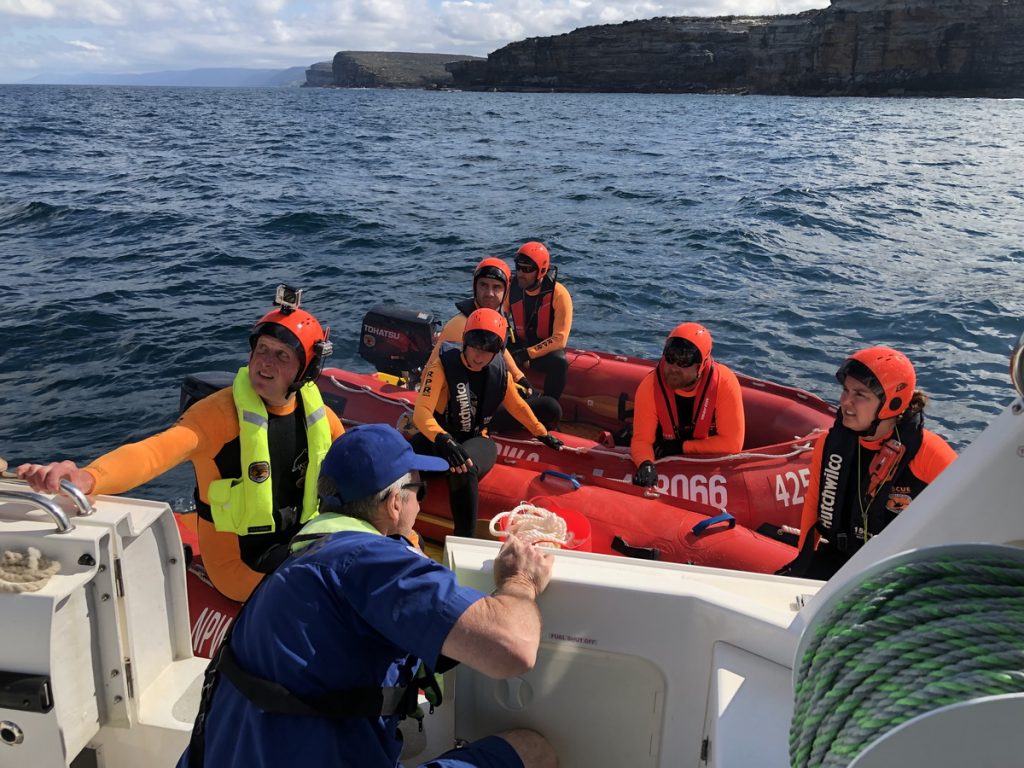 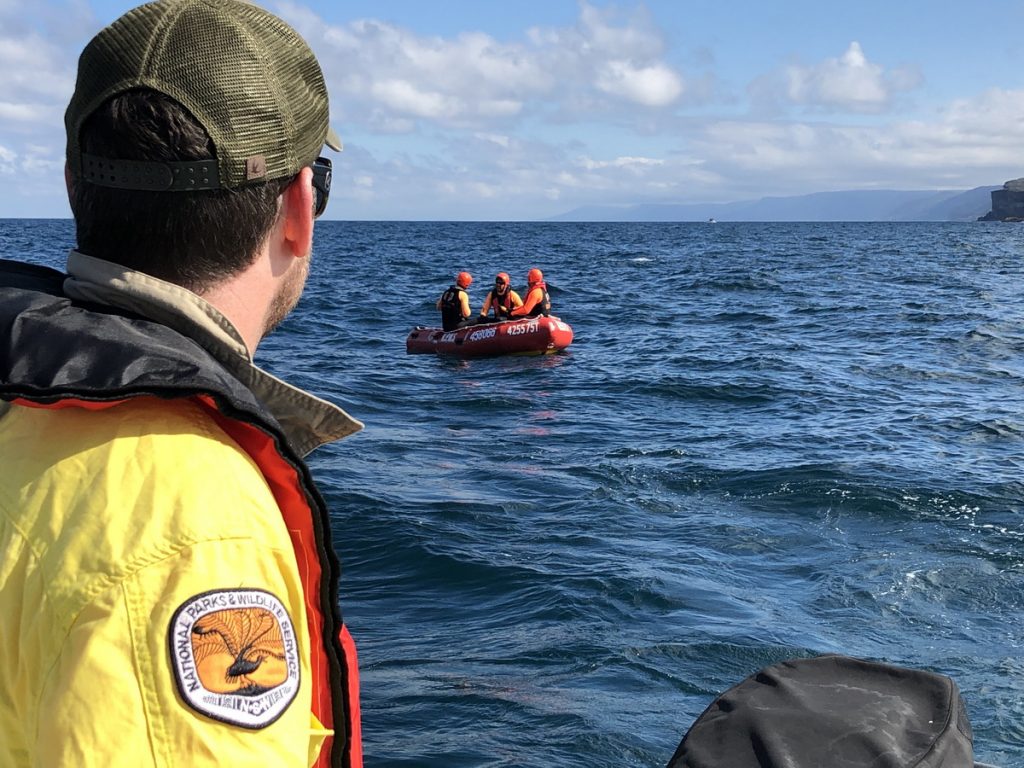 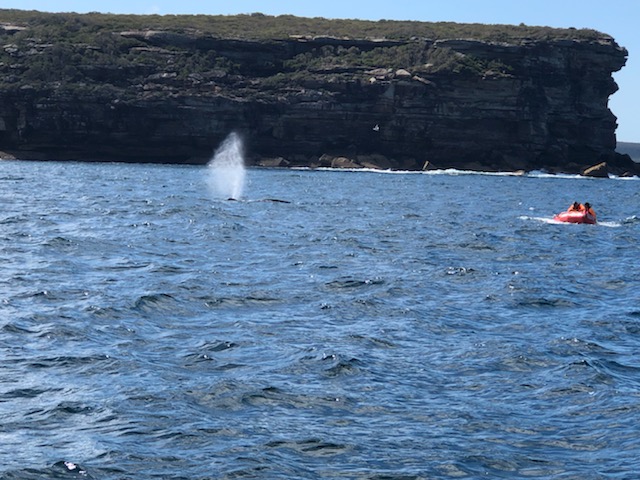 NSW NPWS have reported the whale has been freed and is making it’s way south. The humpback is believed to be about three-years-old and measured 7 metres. The rescue was complicated with the humpback whale caught up at both head and tail in the netting.

A similar incident happened in July when a whale was spotted dragging a fishing net but was unable to be located.