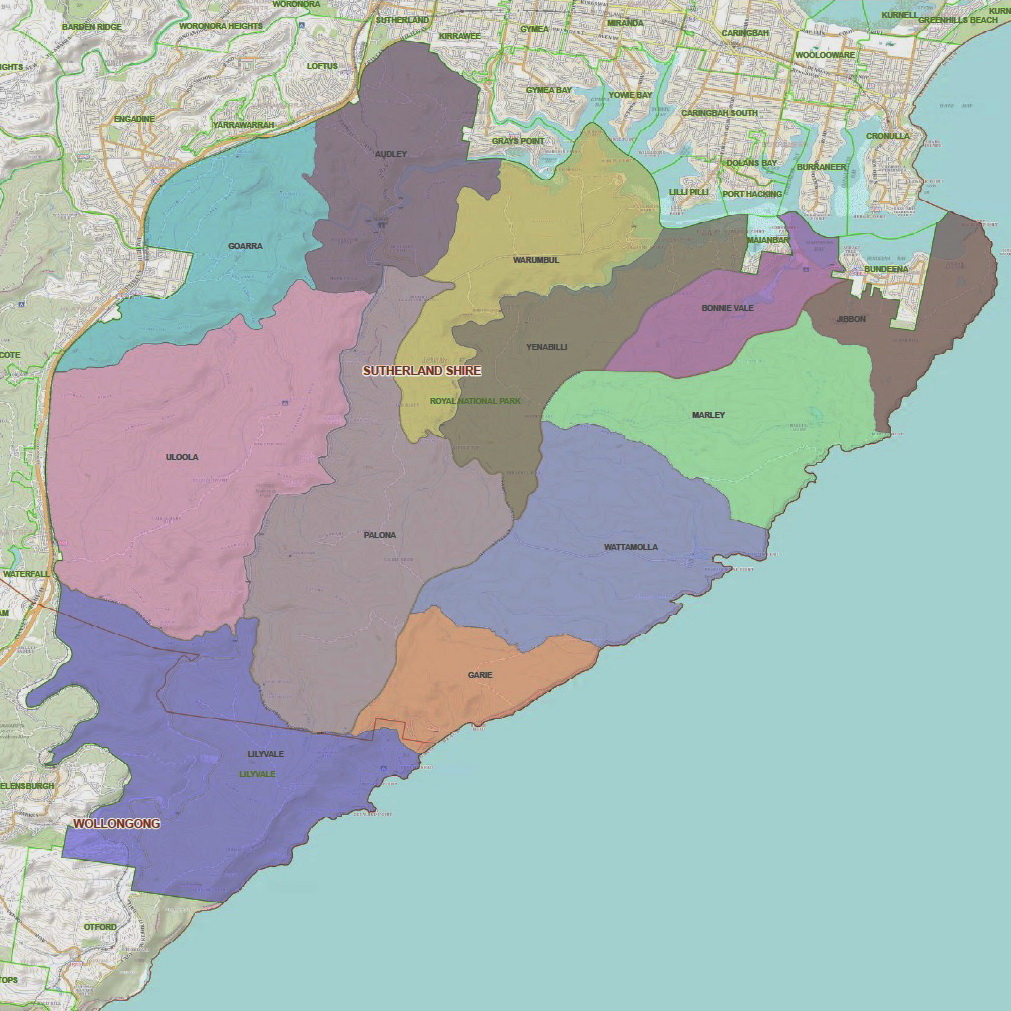 A recommendation to create eleven new suburbs in the Royal National Park has been sent for review to the NSW Minister for Customer Service.

The proposal was originally made by NSW National Parks and Wildlife Service (NPWS) and announced by Narelle Underwood who is chair of the NSW Geographical Names Board (GNB). The proposal would see the creation of new suburbs with the following names:

The proposal also included amending the existing suburb of Lilyvale which currently  is partly located in both Sutherland and Wollongong LGAs. The new suburb names correlate to well known landmarks and areas located in the Royal National Park.

The proposal did not impact the Royal National Park reserve name or boundary.

“It is important suburbs and boundaries are clear and easy to understand. Right now, Royal National Park is both a suburb and a national park reserve and the boundaries do not match each other,” Mrs Underwood said.

“The proposal from NPWS would divide the existing suburb of Royal National Park into smaller, more meaningful areas named after prominent geographical features from within the new boundaries.

“Creating these new suburbs will help to reduce confusion and narrow down locations within the larger reserve.”

The Geographical Names Board sought community feedback to gauge sentiment for the proposed names.

“We want to make sure everyone has an opportunity to provide their feedback on the proposed names and boundaries to ensure they best reflect the local community,” Mrs Underwood said.

Suggestions for alternative names was not sought as part of the feedback.

The period for submissions ran for one month from 17 November through to 17 December 2021.

Some on social media have speculated the proposal was driven by emergency services to make it easier to identify locations when responding to incidents in the Park. Others have deemed the suburb proposal unnecessary and a first step in allowing development to take place in the Royal National Park.

Following on from the collection of feedback, the next step in the process was for the GNB to evaluate the submissions and then make a determination on the proposal. If there were no objections to the proposal the GNB is able to approve or disapprove it outright on it’s own.

The GNB determined the proposal had merit and made one modification to the proposal. In particular, they changed the name designation from suburb to locality. Legally there is no difference between the two with suburb being used in urban areas while locality is used in rural area. The Royal National Park as a whole is still designated as a reserve.

As there were objections during the community feedback phase the GNB have still recommended it for approval but submitted it in April to the NSW Minister for Customer Service for review. The Minister, currently Victor Dominello, will make the final decision to approve or reject the proposal. In most cases this review process takes one month but may run longer depending on the objections raised.