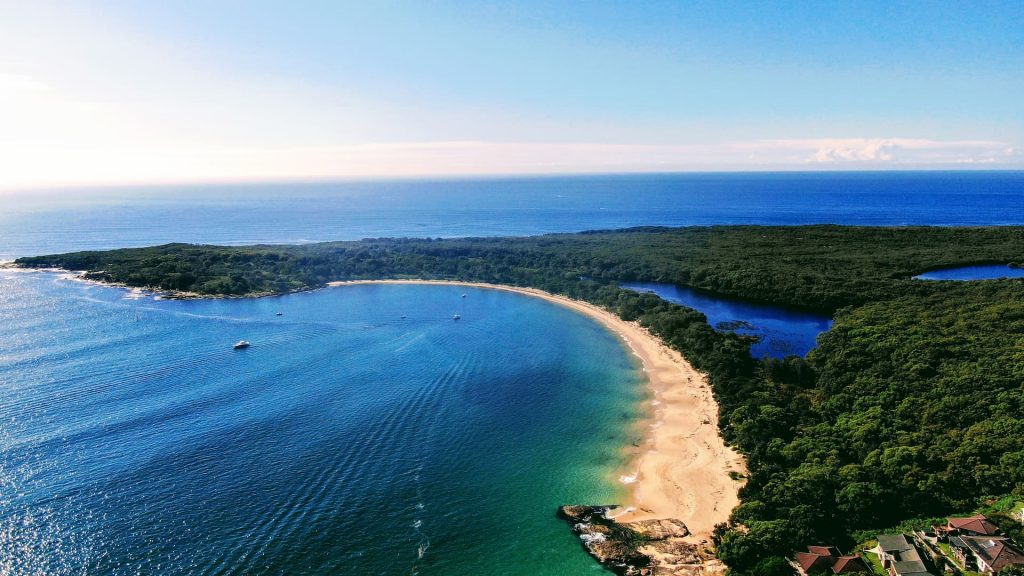 Jibbon Loop Track bushwalk starts at the Jibbon Beach entrance which is located at the Bundeena instersection of Neil St and Loftus St. At this intersection there is a small paved walkway which will take you onto the beach.

At the start of the beach is a large rock shelf embedded in the sand. To the left it encloses what the locals call Devil's Hole which is also enclosed by a larger rock shelf further left. The water channelled between the two rock shelves forms a small but strong surf break and is popular with kids surfing on their boogie boards.

The beach runs for about a half a kilometre where it ends at a rocky out cliff. A bush track starts and shortly after this point you will see signage for the Aboriginal Rock Engravings. The engravings are surrounded by a viewing platform allowing for great views of them. Among the various engravings are killer whales, turtles and stingrays as well as figures from Dreaming themes such as the local law keeper. The engravings were made by the local Dharawal who once inhabited the Port Hacking area. The Bundeena area was inhabited by one to two dozen Dharawal members who scoured the area for traditional food sources such as wallaby, plants, shellfish and fish.

Continuing north from the engravings the path leads to Jibbon Head.  Before reaching the head you will pass by Little Jibbon Beach which often has nudist sunbathers. At Jibbon Head one gets expansive views of Botany Bay National Park and Cronulla as well as greater Sydney.

Another kilometre south of Jibbon Head is Shelley Beach. Along the way take note of the surf break out to sea which is known as Jibbon Bombora. The bombora is a result of a rocky outcrop just below the sea surface. In calm seas, the bombora is virtually invisible, but in large seas the waves break over the entire length of the reef which makes it easy to spot. The path at Shelley Beach forks into two. You should take the path going inland which will take you back to Jibbon Beach and then back to the starting point. The other path continues down the coast.