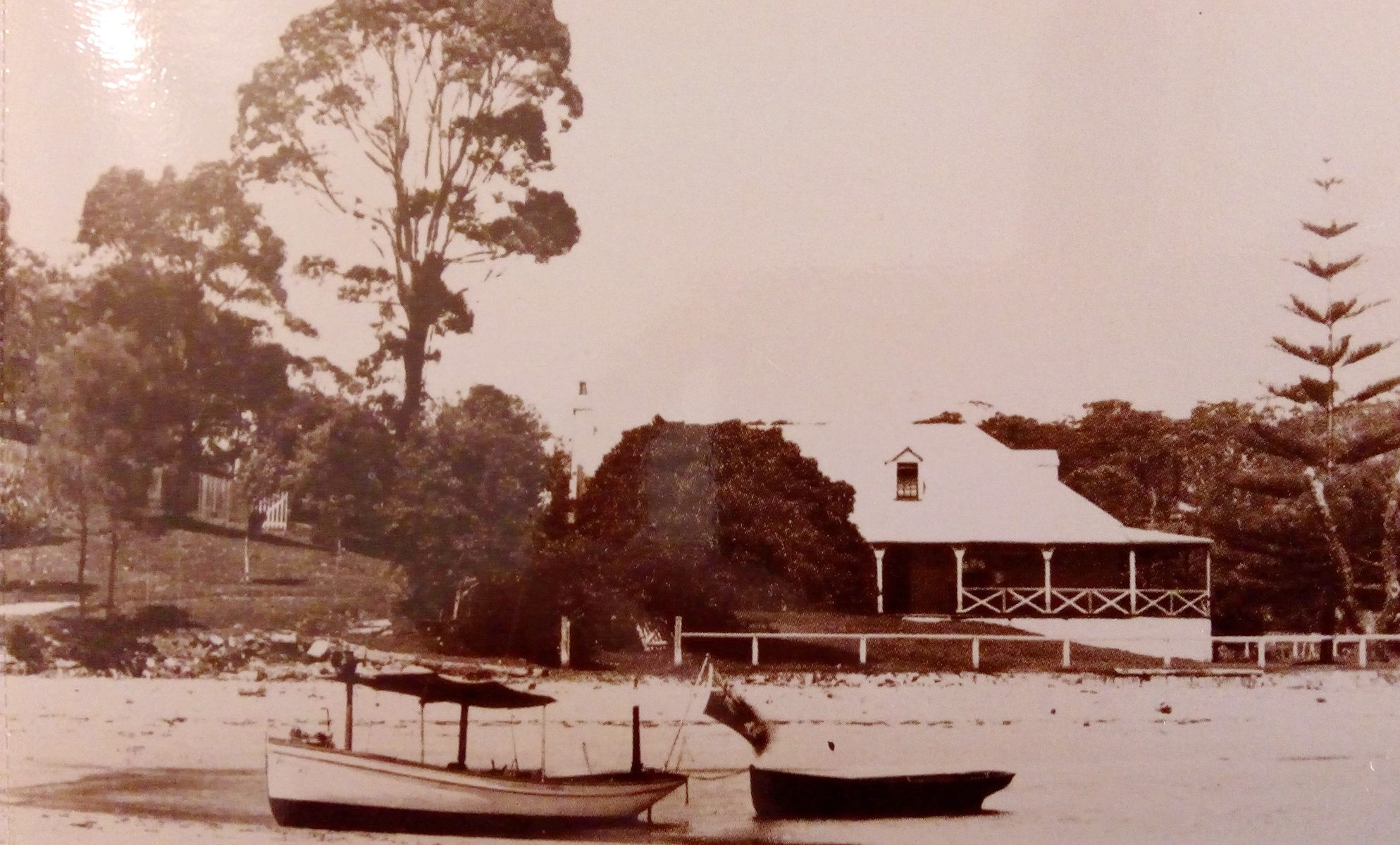 The death of Mr. William Simpson, of Port Hacking, which sad event took place on Friday, 11th instant, at his residence, Wildfell, Tyreel (Little Turriell) Point, Port Hacking, and to which we briefly referred in our last issue, removes from our midst one who held fair claim to be designated The Father of Port Hacking. He was well-known and universally respected throughout the district.

Born in Sydney, seventy-seven years ago, young Simpson, at the age of seven, first took up his residence with his father in the neighbourhood of Port Hacking, when that now favourite resort, was the happy hunting ground of the aboriginals. He was one of the early pioneers of the now well known North West and South West Arms of Port Hacking River, when schooners used to call in for shells, which they took to Cook’s River for lime burning, the principal industry of many residents of the locality at that period. Bill Simpson, for by that name he was familiarly known, afterwards took to market gardening, and would sail round in his own boat, The Blink Bonnie, with the produce grown in his own gardens. After a short period as market gardener, he left Port Hacking, and took up his abode at Sans Souci for a few years, and engaged in con tracting for road work.

Returning to Port Hacking in the early seventies, he engaged in work peculiarly to his liking. As guide for sporting parties, on shooting and fishing outings, Bill’s services were invaluable. He knew all the good spots, and was delighted when his patrons returned home with a good bag. The opening of the accommodation house at Port Hacking by William Simpson, dates from about that time, and has been a popular resort for tourists, shooting and fishing parties ever since. It was here that the greatest part of his life was spent. He was instrumental in the securing for the people of that beautiful area (National Park), through influential visitors going out to Port Hack ing for sport, and seeing the natural beauties of the district.

He was one of the first Trustees, together with the late F.S.E. Holt, to have the road cleared and formed from Sylvania to Tyreel Point. At that time there were no Councillors, Road Trusts undertaking the work.

His mother planted one of the Norfolk Island pine trees, which now adorn the grounds in front of the Govern ment accommodation house at Kurnell, the original spot where our illustrious explorer, Captain Cook, first landed in Australia.

No one knew more of the old aboriginals than the late Mr. Simpson did, and many were the interesting tales he could tell of the time when he dined with King Koomah, the last George’s River King. In his old reminiscences he could tell many a laughable tale.

The remains of the deceased gentleman were con veyed from his late residence Wildfell, Tyreel Point, Port Hacking, to Woronora Cemetery, Sutherland, and the funeral was largely attended.

The Simpson Family at Bundeena

On 5th November, 1863, William George Simpson was granted 50 acres of Crown Land at Bundeena, in the name of his father, George Simpson. I believe that George Simpson was probably living Bundeena at that time in the stone cottage which still exists on the hill behind the old hotel site. The building of the hotel probably commenced immediately, and was occupied by the Simpson family until some time between 1901 and 1903, when it was taken over by F. Kingham.

William Simpson married Susannah Tindall (born in Liverpool, N.S.W., 29th January, 1841), and they had about 12 children (several of whom died in infancy). William Simpson was born in Sydney on 7th June, 1841. On 21st October, 1886, their two-year-old son, Sidney, was found drowned in the lagoon at Bundeena by his 14 year-old sister, Christina Simpson (who was my grand mother, later Christina Skarratt).

In those days the daughters of the household did all the chores at the hotel, cooking, making beds and cleaning, although my grandmother, Christina Simpson, found time to go sailing and to be courted by 1 regular visitor, Carleton Skarratt, whom she married in 1896. Another daughter, Mary Simpson, did not marry and died at the age of 44. Alice Simpson married, but subsequently returned home to take care of her mother, Susannah, until she died at the age of 86 in 1926, William Simpson built a home at Little Turriell Point, amea opposite and upstream from Bundeena, named where Susannah lived until she died. I can remendfell sitting in her rocking chair and gazing across her the bay t to Bundeena, where so much of her life had been spent with some tragedy, but with much happiness. Wildfell has long since gone, to be replaced by many new expensive homes, but years ago daffodils and freezias grew wild in the grass, and as you looked across the bay to Bundeena the hills there were pink with boronia and native rose There is a story in the family that William Simpson’s father, George, was offered land at Cronulla at 5 pounds per acre, but he refused it because it was too sandy to grow cabbages!

Dear Mrs. Simpson, will you let me know whether you would have room for us for two or three weeks and when and what the cost would be per week? There are Mrs. Giles and myself… Jack (who is 16 years old), the youngest boy (9) and the little girl (6). A room with a double bed for us and a single one for the little girl… and another room with two single beds for the boys would be wanted.

The notation at the foot of the letter shows the charges:

No booking ahead then!

The Last of Simpson’s Hotel

The buildings and surrounding land were sold by auction as part of the Port Hacking Hotel Estate in 1920. The purchaser of the hotel property was a Mr. H. Henry, and it was he who was instrumental in having the stone retaining wall erected. Mr. Henry did not retain the property for long and there were many changes of owner ship until the hotel lost its licence through neglect and failure to comply with licensing requirements (1917). Then after a period of deterioration the property was purchased by Mr. George Feldwick who converted the old hotel into furnished flats and opened a provision store. Mr. Feldwick’s efforts to improve the property met with a setback with the advent of the war in 1939. The National Park Trust purchased the property in 1947.