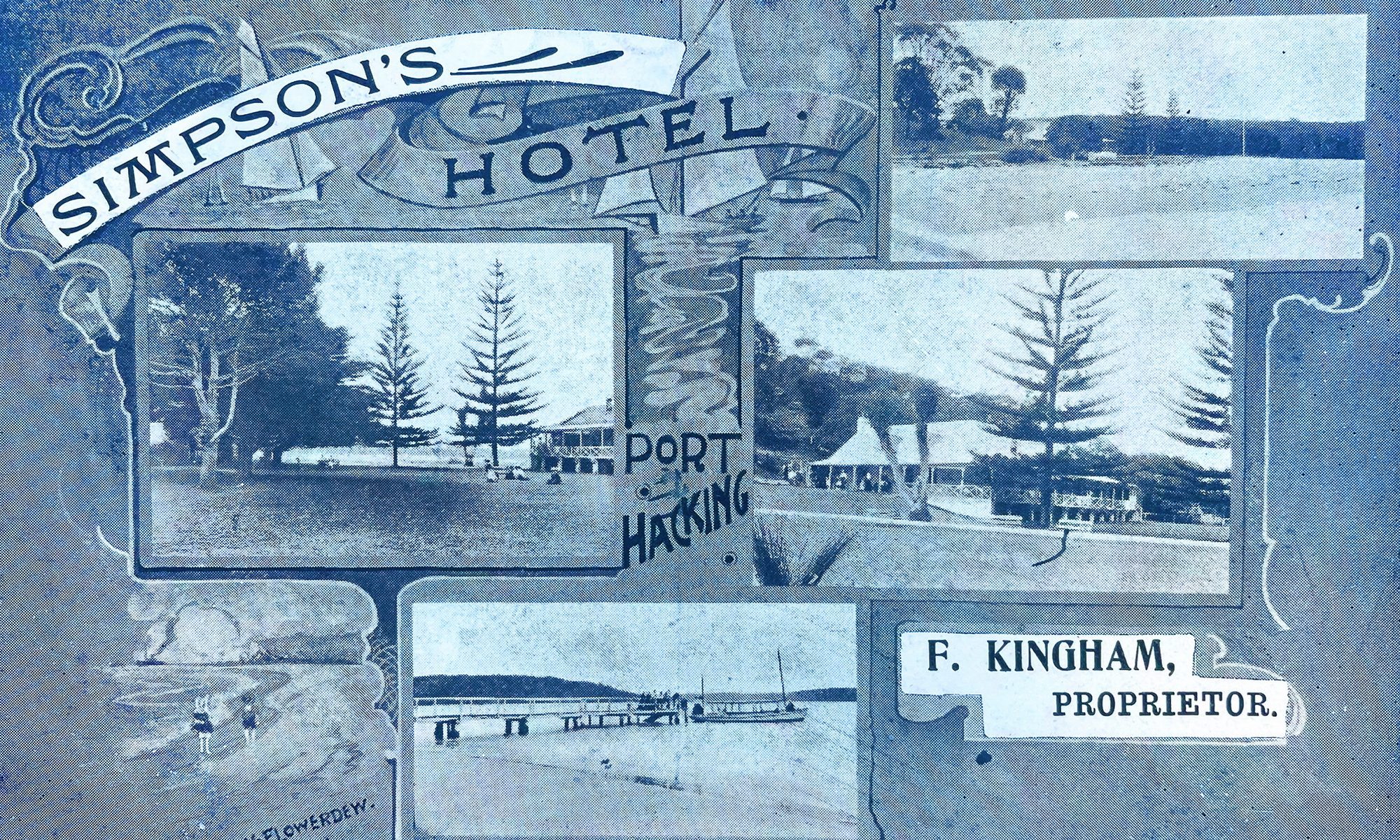 The Simpson’s Hotel once located at Bonnie Vale had a tumultuous history.

George Simpson was born in Ireland in 1815 and migrated to Australia in 1840.

Simpson was a pioneer of the Port Hacking area and as a result was granted  50 acres of Crown Land near Bundeena in 1863.

In 1864 Simpson built a stone cottage up the hill from modern day Bonnie Vale using sandstone quarried nearby. The cottage still exists today and is known as Simpson Cottage  which runs as a popular bed & breakfast establishment.

George Simpson died in 1866 and left the deeds to the estate to his son William on the condition that he looked after his mother and sister.

It wasn’t until 1887 that the hotel was built shortly after a liquor license had been granted. The hotel was originally called Tyreel House but was known as Simpson’s Hotel or Port Hacking Hotel.

William’s brother Henry Simpson ran the Simpson’s Store and Coach Depot at Caringbah. Holiday-makers were transported by horse coach from Caringbah to Burraneer Bay and ferried across by boat to the hotel.

The Decline of Simpson’s Hotel

The ferry ran between the 1880s until 1920 when shifting sands made access to the wharf inaccessible. This lead to the eventual decline of the hotel.

In 1905 F. Kingham leased the hotel from the Simpsons family.  The hotel name was changed to Marlborough Sands Hotel but reverted back to Simpson’s Family Hotel in 1906.

The hotel and surrounding land was sold in 1920 as part of the Port Hacking Hotel Estate to Harry Henry. Henry did not retain the property for long and there were many changes of ownership until the hotel lost its license through neglect and failure to comply with licensing requirements.

Then after a period of deterioration the property was purchased in 1935  by George Feldwick who converted the old hotel into furnished flats and opened a provision store. Feldwick’s efforts to improve the property met with a setback with the advent of the war in 1939.

The National Park Trust purchased the property in 1947 and dedicated the site for public recreation.

The End of Simpson’s Hotel

Gregory Young who was young child at the time recalls his experience on the night of the fire and growing up in the area.