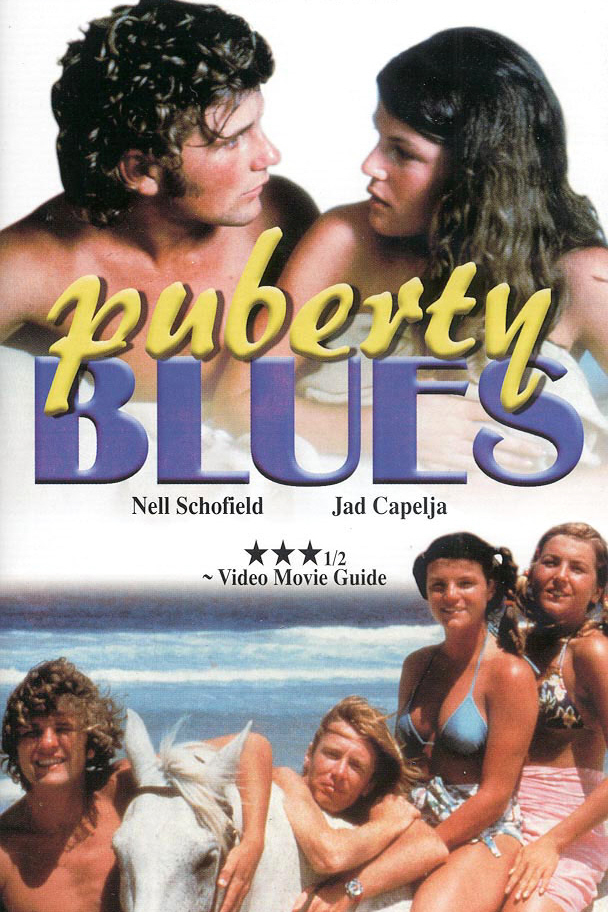 The 1981 Aussie classic coming of age movie Puberty Blues has an extended set of scenes filmed in Bundeena.

Puberty Blues tells the story of two teenage girls, Debbie and Sue, from Sydney’s Sutherland Shire and their trials and tribulations of growing up in a male dominated culture.

We get our first glimpse of Bundeena in the film when the camera pans above a rooftop where the girls are sunbathing. In the distance we can see Bonnie Vale Beach as well as the northern tip of Deeban Spit. Interestingly, at the time the tip of the spit shows signs of vegetation where none exists today.

In the next set of scenes the girls, both aged thirteen,  are forced to visit a holiday home at the boring Mackel Beach with their parents for the weekend.

The opening scene starts at Bundeena Wharf before it was upgraded in 2010. Debbie laments that Mackel Beach was made up of “just boring old pensioners, fisherman & little kids”.

The next scene cuts to the girls’ parents playing cards at the holiday home. The windows of the home lookout to what is actually Horderns Beach. The home is set at the middle of Horderns Beach next to the Liverpool Street entrance.

The girls briefly pass by the holiday home and return to the beach as the Tom Thumb II ferry floats by. Restless, Debbie rants “God isn’t it boring here”, when she gets the idea to ring up their boyfriends to come visit them.

The scene cuts to the excited girls calling their boyfriends from a phone box. As the camera pans out we see the phone box, which no longer exists, was located right next to the wharf.

The boys arrive but they express their disappointment at the lack of surf as the ferry passes by. This time though, the ferry is the Curranulla and not the Tom Thumb II as before.

Not to let the moment go to waste Debbie’s boyfriend suggest they “blow a joint” which leads to the group getting upbeat. They set out to break into an abandoned shack where the final Bundeena scene takes place.

The sequence of scenes runs just over eight minutes.

Bundeena in the Movies