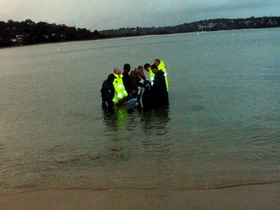 Attempts to resuce a beached whale at Bundeena’s Bonnie Vale beach have failed.

The beaked whale was first spotted on the beach Tuesday morning. Locals were able to push the whale measuring almost 4 metres back into the water. However, the whale could not navigate it’s way out from the low tide of Bonnie Vale beach before becoming stranded again in the waters of the shore. 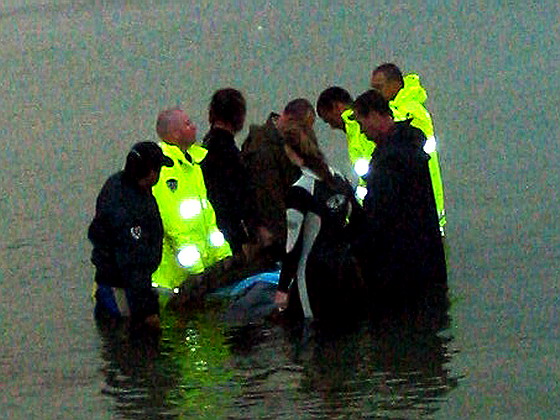 Crews from National Parks, Sutherland Council and Bundeena’s Station 80 of the NSW Fire Brigade arrived on site in attempt to aid the whale. For several hours in rotating shifts the various staff tried to free the whale but were unsuccessful. 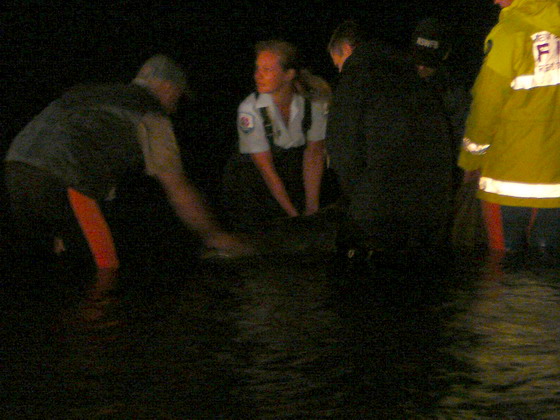 The whale appeared to be injured from a number of cuts and gashes. This was later confirmed by a vet from Taronga Zoo who suspected they were a result of bites from cookiecutter sharks. Due to the injuries and the state of the whale a decision was made to put it down.