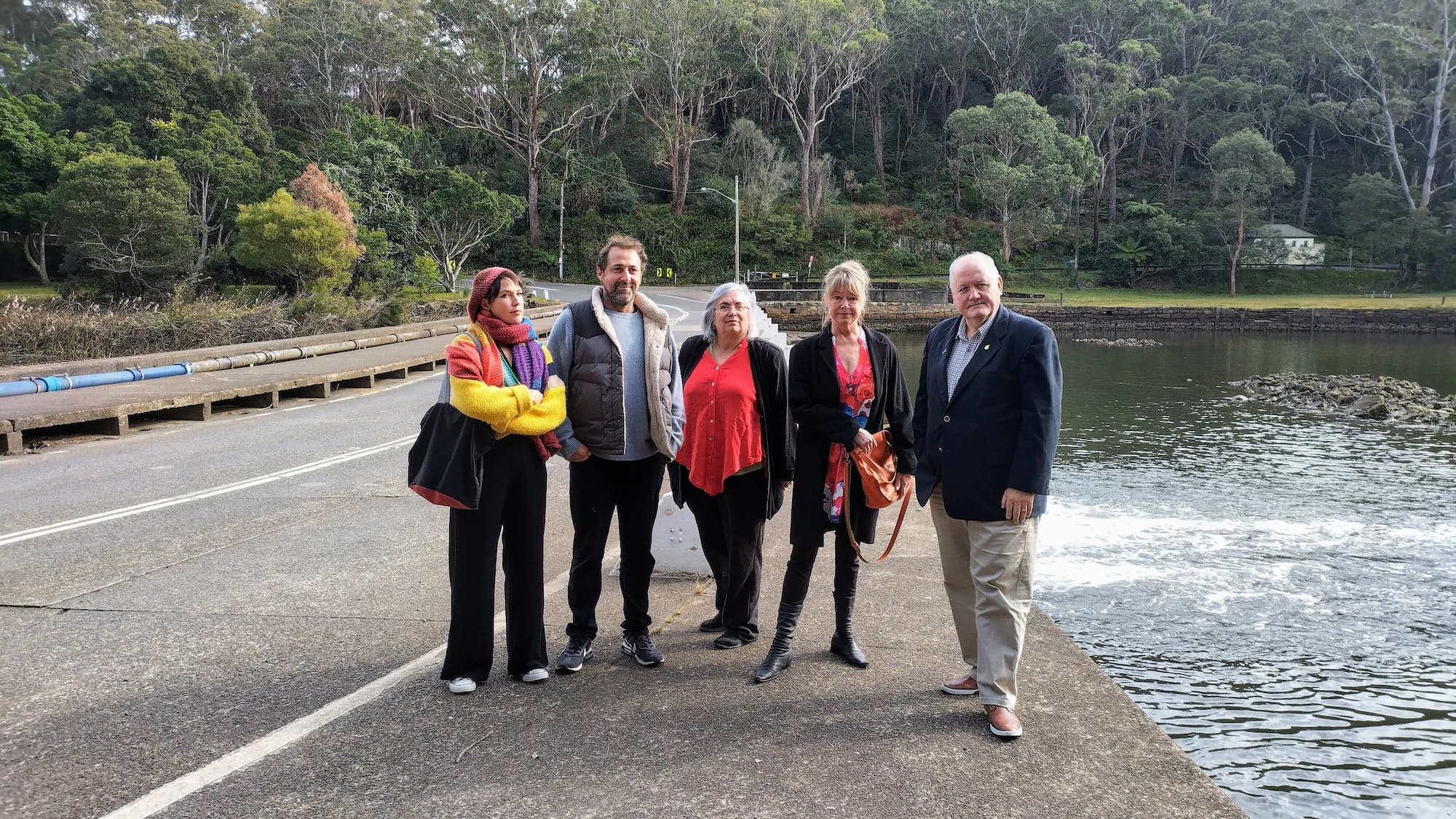 The NSW State government has announced several measures for the improvement of Audley Weir.

The ongoing concerns with Audley Weir has been a  major issue for both Bundeena Maianbar residents and businesses as well as visitors to the Royal National Park. The unprecedented rainfall in 2022 resulting in record flooding has heightened these concerns.

Among the concerns are the unnecessary flooding events triggered by the lack of management of the flood boards used to keep the weir water level artificially high to accommodate the adjoining Audley Boatshed. Ownership of the flood board management has not been clear between NSW National Parks and Wildlife Service (NPWS) and Transport for NSW (TfNSW).

As well the untimely management of the flood grate which the water passes underneath the road has caused unnecessary flooding. Tree and branch debris regularly block the flood grate causing waterflow to decrease and the weir to flood. It may take days for any blockages to be identified and for TfNSW to schedule it’s clearance.

The other major issue has been the inconsistent signage and online status of the TfNSW LiveTraffic service. The signage and status regularly misreports whether Audley Road is open or closed. This has resulted in commuters having to unnecessarily drive a much longer route via Waterfall to reach their destination. Additionally, a minimal water level across Audley Road can deem it to be closed with drivers under threat of a traffic fine should they cross it.

The ongoing concerns has raised the profile of Audley Weir and attracted the attention of Sutherland Council and NSW State politicians. Ward A Councillor Leanne Farmer tried to raise an emergency motion regarding the weir during the March Sutherland Shire Council meeting but no other Councillor would second her motion. She tried to raise the motion again at the April Council meeting and had it rejected again only to have a similar motion raised by Councillor Carol Provan which was passed.

At the State level representatives from the Bundeena Maianbar Chamber of Commerce first met and raised concerns with NSW Heathcote MP Lee Evans back in 2017. They were able to arrange a another meeting with Lee Evans this past May which also included representatives from TfNSW, NPWS, Bundeena Progress Association and Audley Dance Hall.

The meeting which took place at NSW Parliament House gave community stakeholders the opportunity to raise the concerns directly with the government agencies involved. The meeting resulted in Transport for NSW promising to address poor signage as well as be more responsive to re-opening the weir when the water had receded and would submit a proposal to the NSW Roads Minister examining the concerns with Audley Weir and provide possible improvements to reduce closures due to floods. TfNSW also promised a public meeting in Bundeena with residents to discuss concerns with the community and provide updates on their progress in addressing them.

NSW Heathcote MP Lee Evans made an announcement today about planned improvements for Audley Weir.  The announcement was made at Audley Weir with representatives from the Bundeena Maianbar Chamber of Commerce (BMCC) and Audley Dance Hall.

Among the improvements announced:

The new cameras installed have a higher resolution than the previous ones and will aid in identifying the flood status of the weir remotely.

Mr Evans also indicated a number of other improvements to Audley Weir were in the pipeline which included:

The improvements have been welcomed however, other outstanding issues still need to be addressed, among them were: