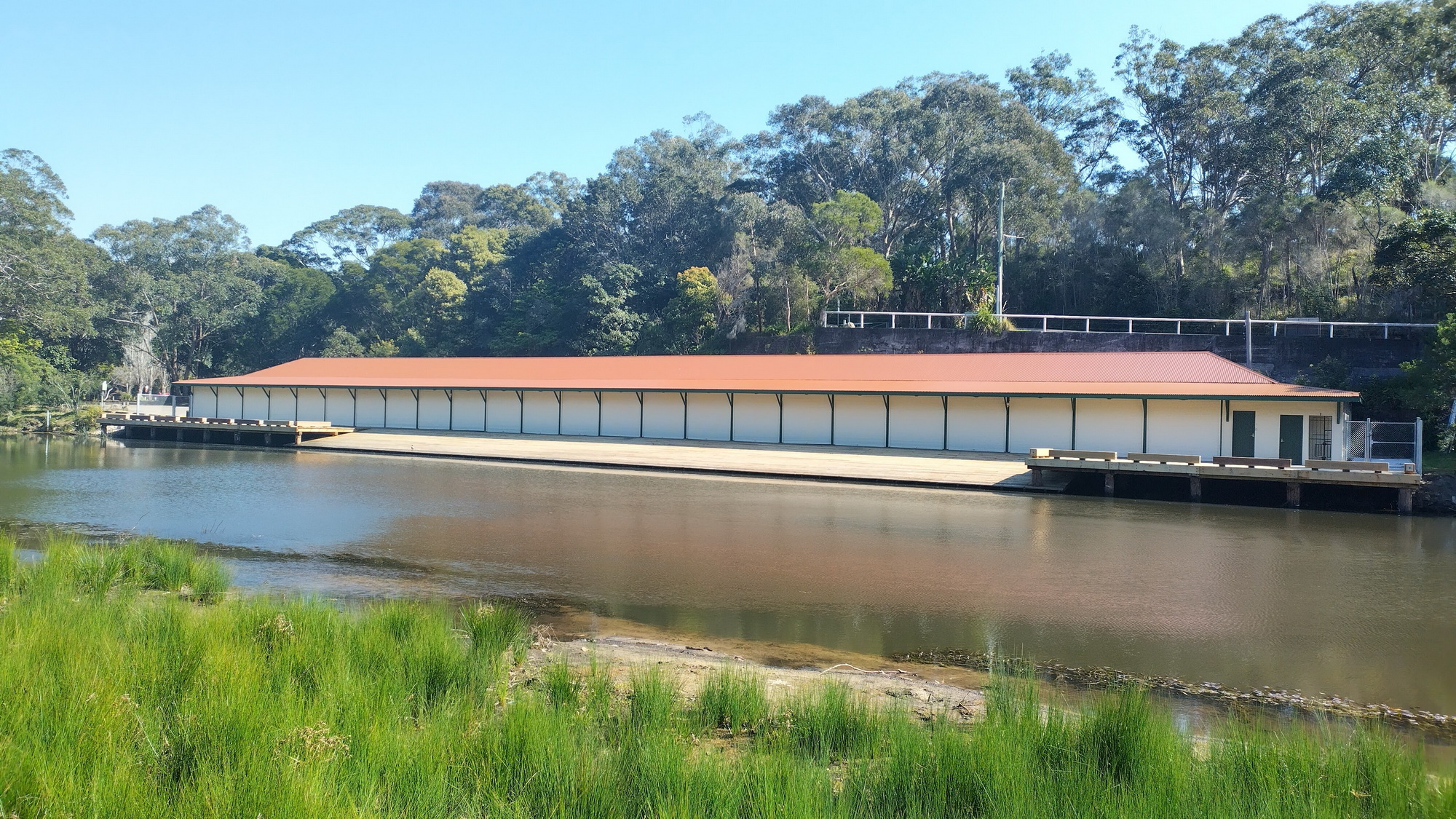 The multi-million dollar makeover of the historic Audley Boatshed has been completed.

When Audley was first settled in 1884 the main camp included a boatshed, dock and jetty.  This was made possible by the damming of the Hacking River in the previous year which created a lake-like environment on the upper causeway. Through the years Audley Boatshed has been popular with tourists visiting the Audley precinct who want to hire a boat and explore the Hacking River or Kangaroo creek.

In 1939, Audley Boatshed was rebuilt and is the current building that had the makeover this year. The old building had terracotta tiles which were  deteriorating and causing the the timber roof frame to rot and present a safety hazard.  The tiles were also too heavy for the shallow slope of the roof causing debris to get trapped and resulting in rain water not properly draining.

Renovations works started in November 2020 and were completed in mid 2021. The most notable improvement has been the roof replacement of the terracotta tiles with corrugated sheeting. The sheeting colour of earthy red was chosen to reflect the colour of the old tiles.

Other improvements include repairs to doors, windows and the timber roller shutters, replacement of interior floor slabs and new power, lights, drainage and stormwater pits.  There was also some structural improvements with the replacement of rotted timber and new steel bracing installed to correct and maintain building integrity.

Two new decks on both ends of the boatshed have been constructed to allow public access externally to the slipway.  Lastly, a new shelter at the rear of the building has been added which will provide a flexible undercover space suitable for picnics and functions.

While Audley Boatshed renovations are complete it still needs an operator to run the boatshed and rental business. National Parks and Wildlife Service (NPWS) had put out a tender for  expressions of interest to operate the boatshed which closed in late June 2021. The previous operator who’s family had run the boatshed for the past thirty years was unsure before the upgrade wether they take up the new lease but their website indicates Audley Boatshed will be reopen  in September.