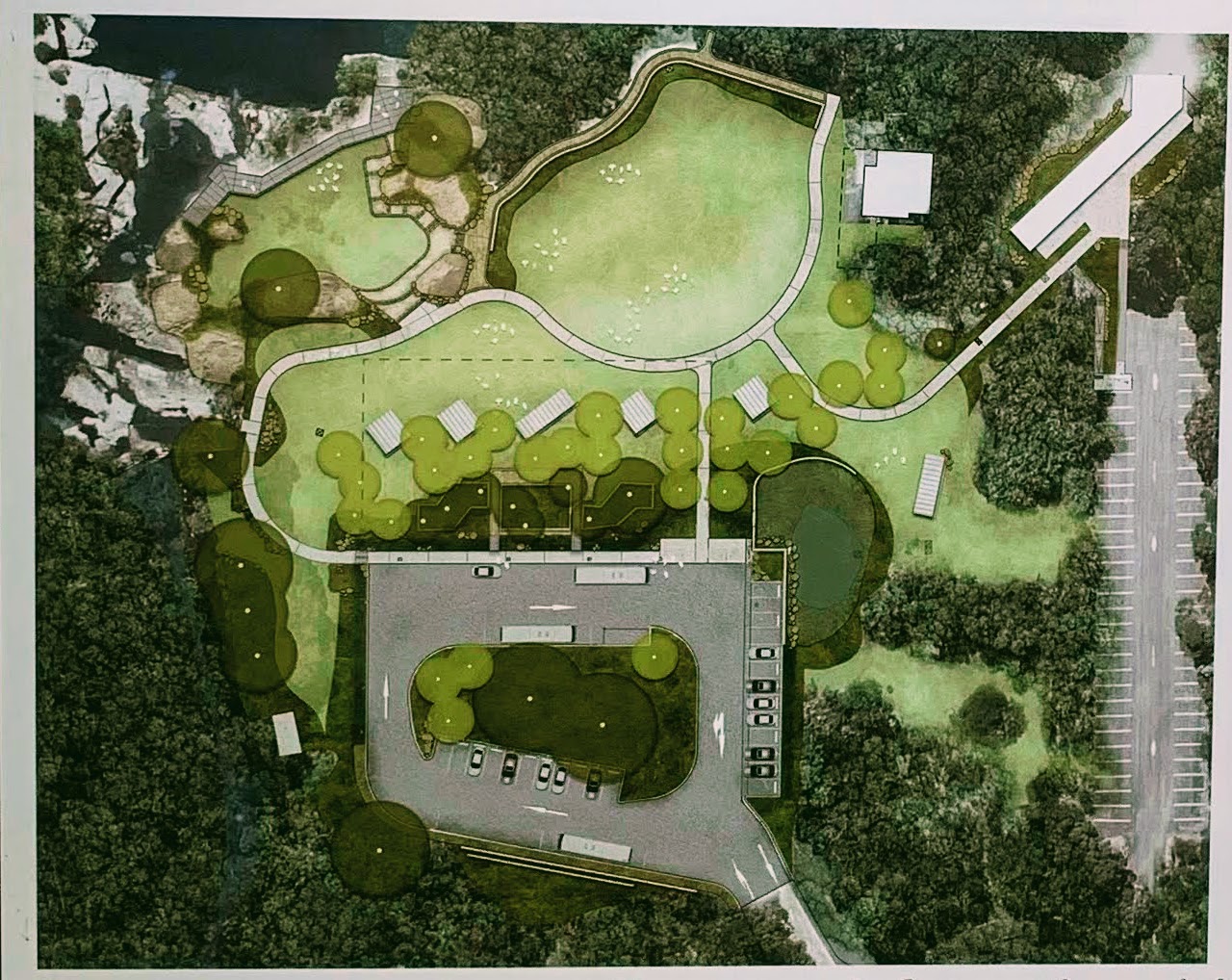 Further progress has been made on the upgrades planned for the Wattamolla visitor precinct area but are not expected to completed by the original finish date.

The upgrades are in response to a significant increase in visitors to Wattamolla over the last few years. During the peak summer periods there are up to 3500 visitors a day. When the parking lots are full people park on Sir Betrams Stevens Drive and make the 3km walk to the picnic area on foot.  Long term plans are to double the parking from 300 to 700 spots. There are also plans to introduce a booking system for peak periods.

The updates currently being made are part of the Wattamolla Stage One upgrade plans which include:

Most of the major earthworks have been completed with the majority of the site being levelled. The lower loop car park area has been paved including the designated parking areas. The loop will also cater for large buses by providing them a turning circle to enter Wattamolla, drop off passengers before exiting the lower loop. 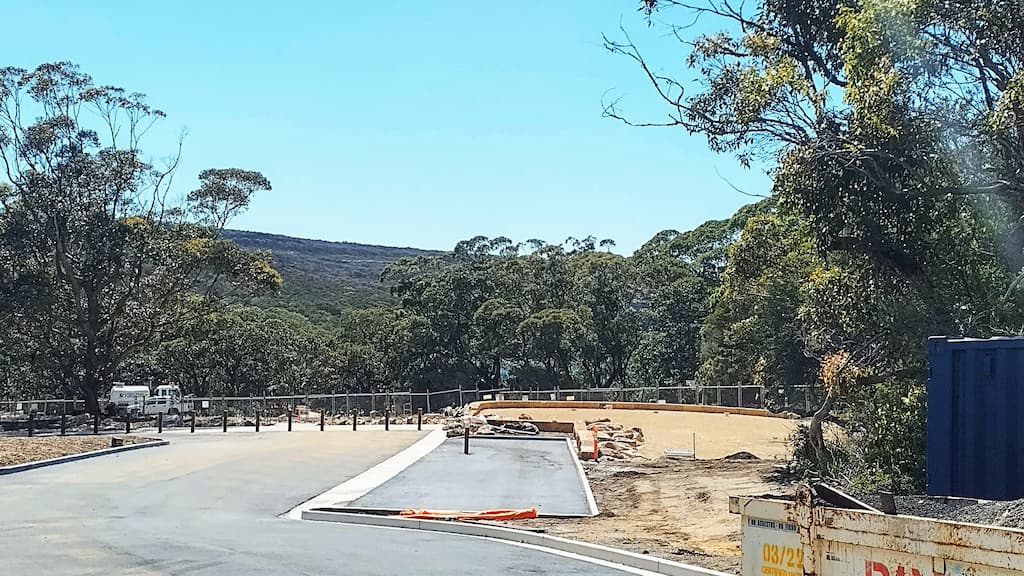 Wooden bollards have been installed separating the paved areas from the planned green areas.  A series of sandstone blocks are distributed throughout the site and have yet to be installed. The blocks will be formed as retaining walls around the various green areas including the designated barbeque and fall viewing sections. Landscaping including installation of turf has yet to be started. 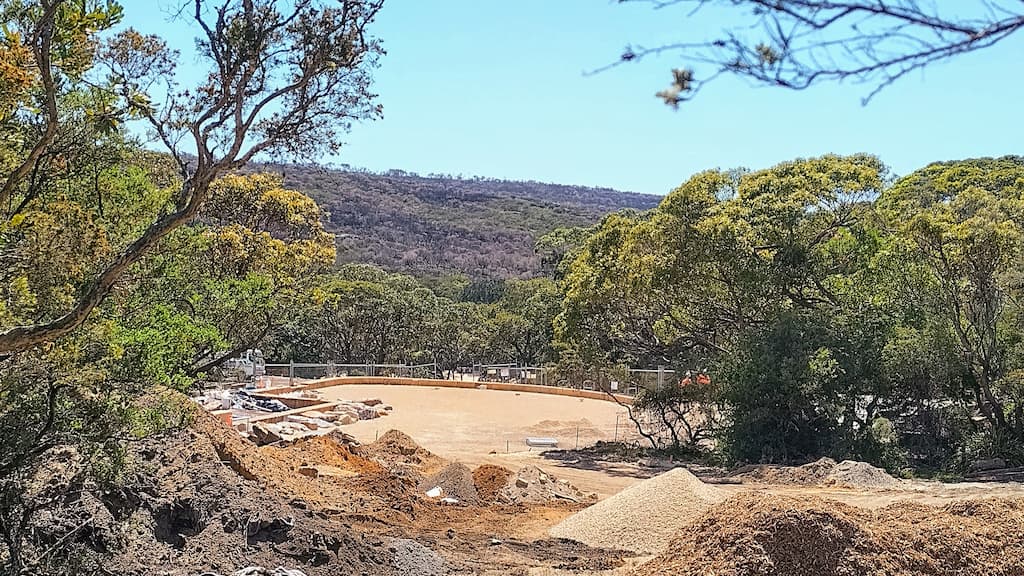 The existing fencing near the waterfall cliff edge has been removed. The cliff has had a controversial  past due to it’s popularity by thrill seekers using it as jumping point to the lagoon below.

A balustrade is to be installed which will be integrated with a pathway that is set further back from the cliff edge.  Currently, metal braces have been installed alongside the cliff edge but the new fencing is yet to be put into place. 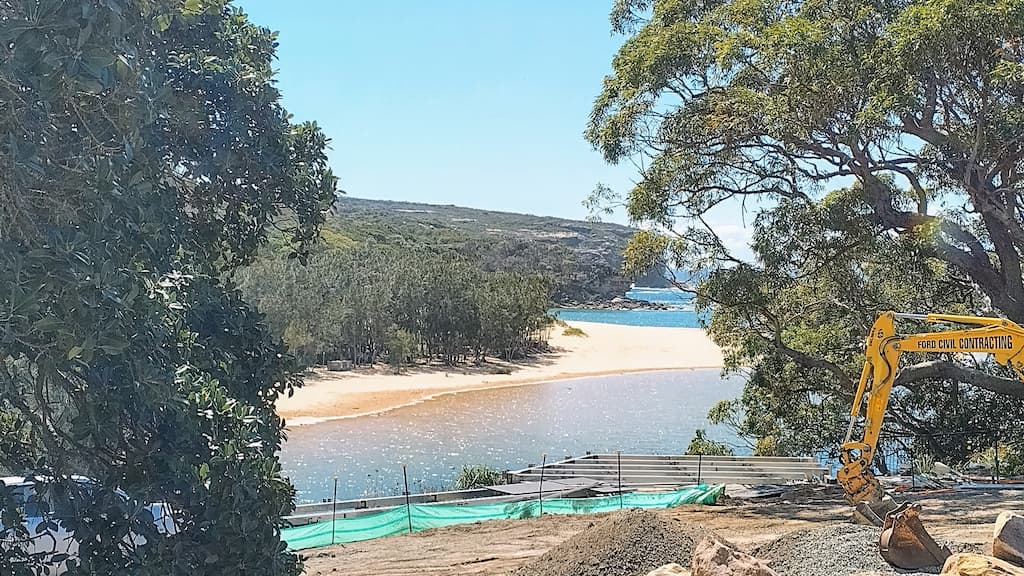 Upgrade works had started in April 2021 with the expectation they would be completed in October 2021.  However, all construction works were stopped in August 2021 for two weeks as mandated by NSW Health orders in response to the Sydney COVID-19 outbreak. A wetter then expected spring has caused further delays and a wet summer is also predicted by the Bureau of Meteorology. A worker on the site didn’t expect completion till after the new year.