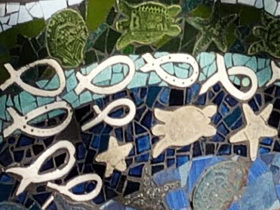 An art installation has been created in memory of Tina Kontozis after her tragic death. 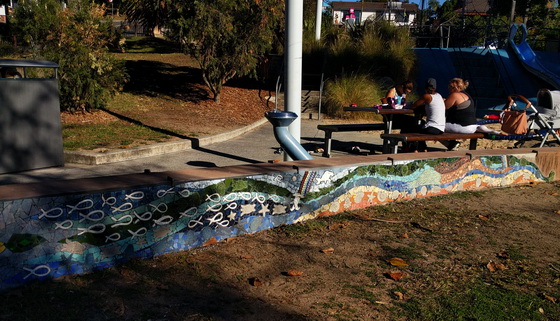 The art installation is located in Bundeena’s Summers Reserve and is a mosaic which runs along the retaining wall to the adjoining playground.

The tribute mosaic was created by Tim Cole an ex-resident who lived in Bundeena for over a decade.

The mosaic commemorates Tina’s life and work. The White Ribbons were depicted as fish to show support for the fight against domestic violence and as a reference to Tina’s work to highlight the plight of our oceans from waste.