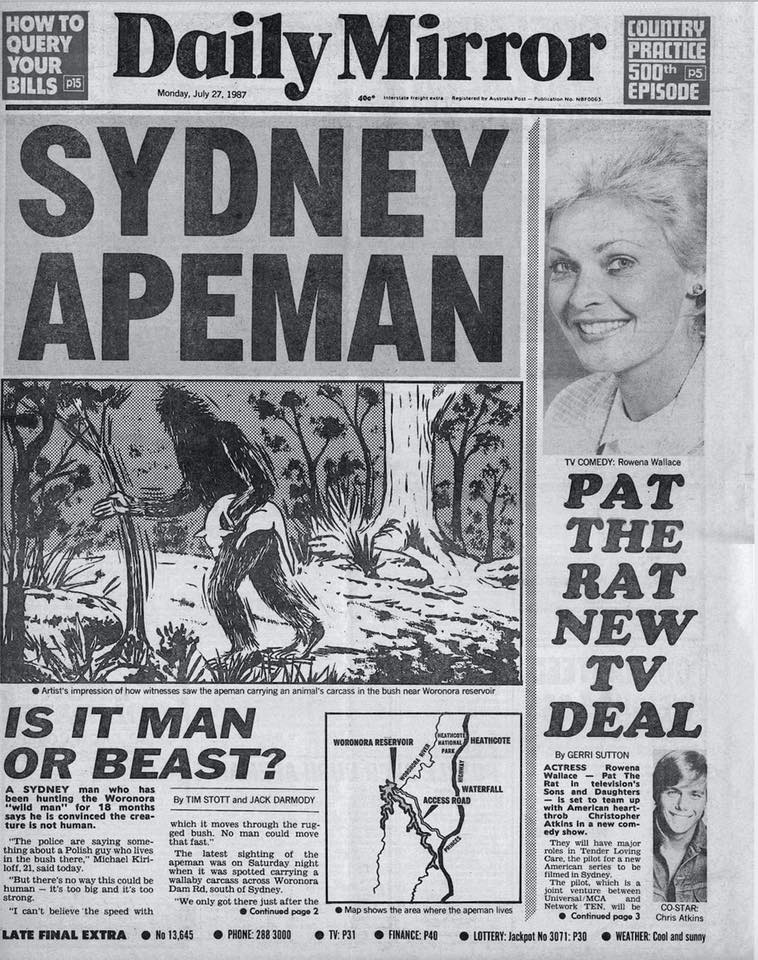 A Yowie sighting  near South West Arm Creek in the Royal National Park is recounted.

Yowie’s are alleged to be hairy ape like creatures which when standing upright measure over two metres tall. They have been spotted around Australia with reports dating as far back as 1795. While there have been Yowie sightings in and around the Royal National Park the name of the nearby suburb of Yowie Bay bears no relationship the Yowie creatures.