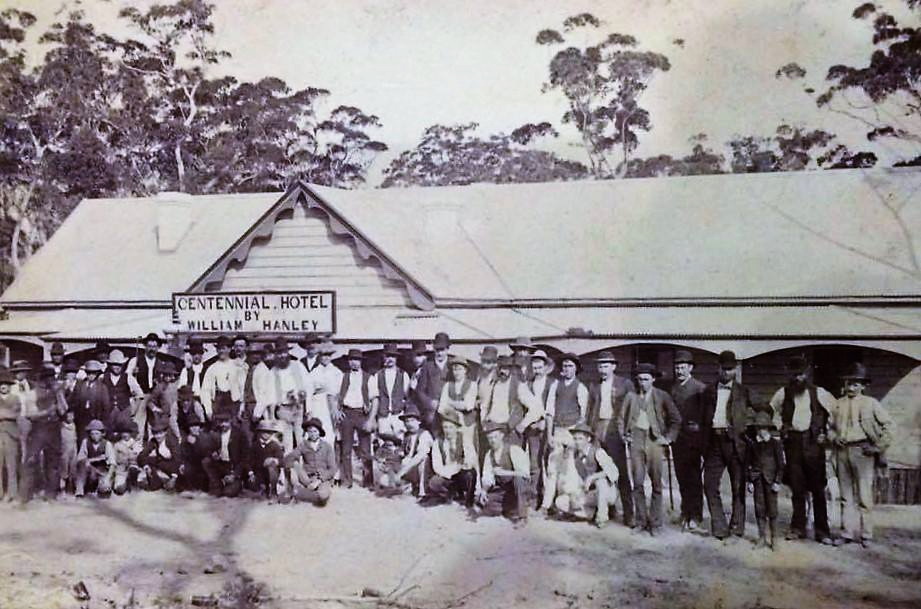 The Royal National Park was the site of a frenzied gold rush.

The gold rush in the  Royal National Park  dates back to 1880s with the development of wilderness areas located on the  southern fringes of Sydney.

The Georges River area around the Como district was a hive of development and activity with the construction of the South Coast government railway. With hundreds of workers involved in the construction it attracted an entrepreneur to cater for their needs. Como was the first suburb to be developed in the Sutherland Shire.

William and Annie Hanley spotted the opportunity and licensed the pub of the Woronora Hotel at Como in 1883. The business was an initial success but with the completion of the railway at Como their sales soon tapered off.

The Hanley’s followed the railway construction south and opened an inn at Waterfall in 1885. The inn was located near the workers camp and became a popular hangout for them.  William Hanley took further advantage of the situation by encouraging the workers to use the inn as a place to liquor up.

Hanley though wasn’t content with the business from the captive railway workers from the camp so he decided to further expand his audience of patrons.  He had spent a number of years in the gold fields around Cooma and knew how the slightest smell of the mineral could spark a rush. So in 1886 he salted one of the nearby creeks with fine alluvial gold.

Reports of gold at Garie in the Royal National Park soon spread to Sydney and hundreds of prospectors arrived in the Waterfall district seeking their fortune. However, the find was proved to be a hoax and Hanley was said to be “the controlling factor in opening up the Garie rush”. It was reported his “very dull hotel became a hive of business while the excitement lasted”.

As had happened with the Como pub as the railway progressed further south, so did the Hanleys. Moving to Helensburgh they opened the Centennial Hotel which still exists today. Learn more about The Hanleys.