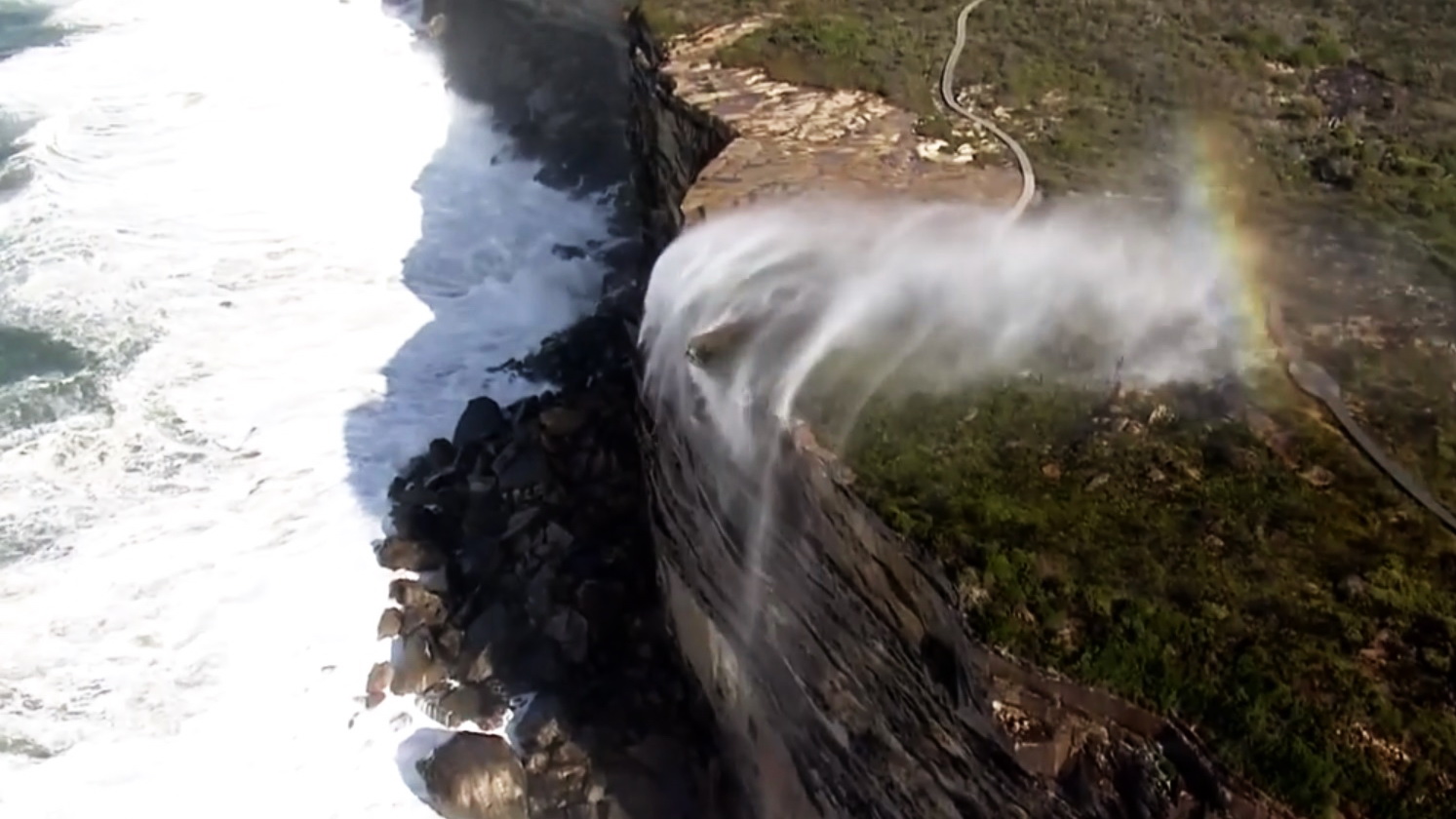 Sydney’s Royal National Park was affected with a rare phenomena  where the waterfalls which normally flow down the steep ciffsides where blown back inland creating a reverse waterfall effect. The resullting spray also creates a rainbow as the picture above shows. The reverse waterfalls occurred along several sections of the popular Coast Track frequented by bushwalkers.

Audley Weir, a causeway located in the northwest area of the park, was flooded making the main road out of the Royal National Park impassable. The causeway regularly floods when it rains heavily for days. 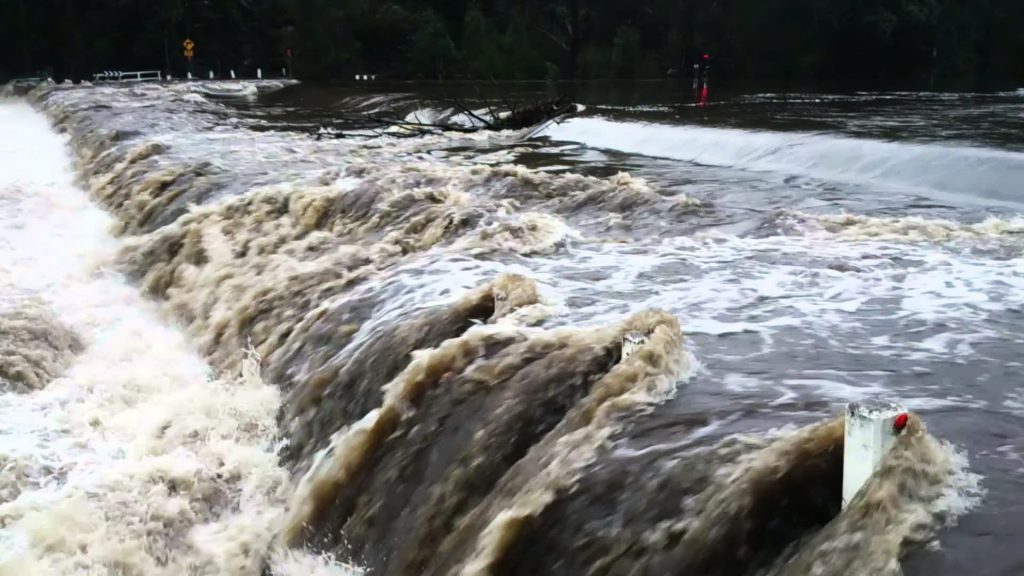 The alternate road located in the southwest area was also blocked off by a one ton boulder which had fallen from the adjoining hillside early in the morning. Resident Ben Davison, who was commuting to work before sunrise, had to suddenly swerve to avoid the boulder. 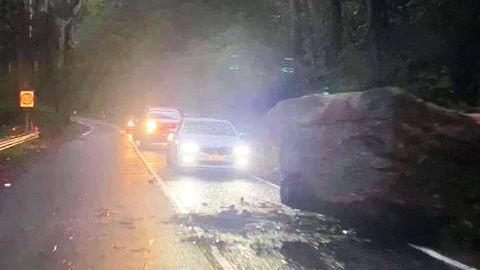 The Bundeena ferry, which connects Bundeena via the Port Hacking River to Cronulla had to cancel services for the day as well due to large sea swells. The large swells make it dangerous for the ferry to cross the river as well as for it to dock safely at Bundeen Wharf. For many residents it was a day to stay home.