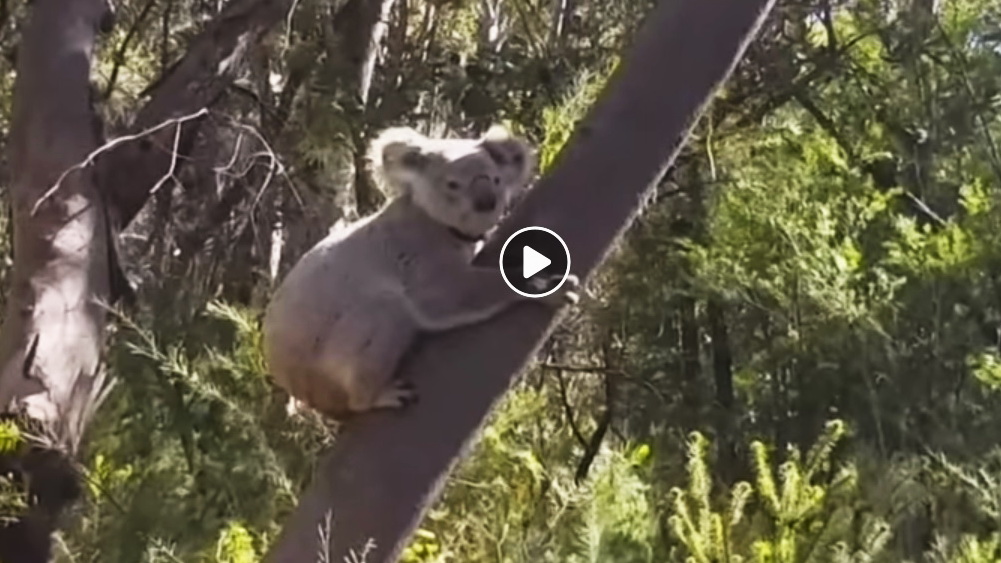 A rescued koala has been released into a secret location in the Royal National Park.

The koala was found in the front yard of home in the residential suburb of Kirrawee which borders the northern edge of the Royal National Park. Over recent months there have been a number of koala spottings in the Park.

A colony of about one thousand koalas are currently located in southwest Sydney area of Campbelltown which environmentalists believe are trying to reach their original habitat areas in the Royal National Park and Blue Mountains. They believe their expansion into these areas is being hampered by the lack of wildlife corridors triggered by overdevelopment.

Scientists fitted the koala with a radio collar tracking device before it was released into the Royal National Park so they can study it’s movements over time and better understand the koala lifecycle. The NSW Environment Minister Matt Kean is leading a push to double the NSW’s koala population after a recent report found they could become extinct by 2050.