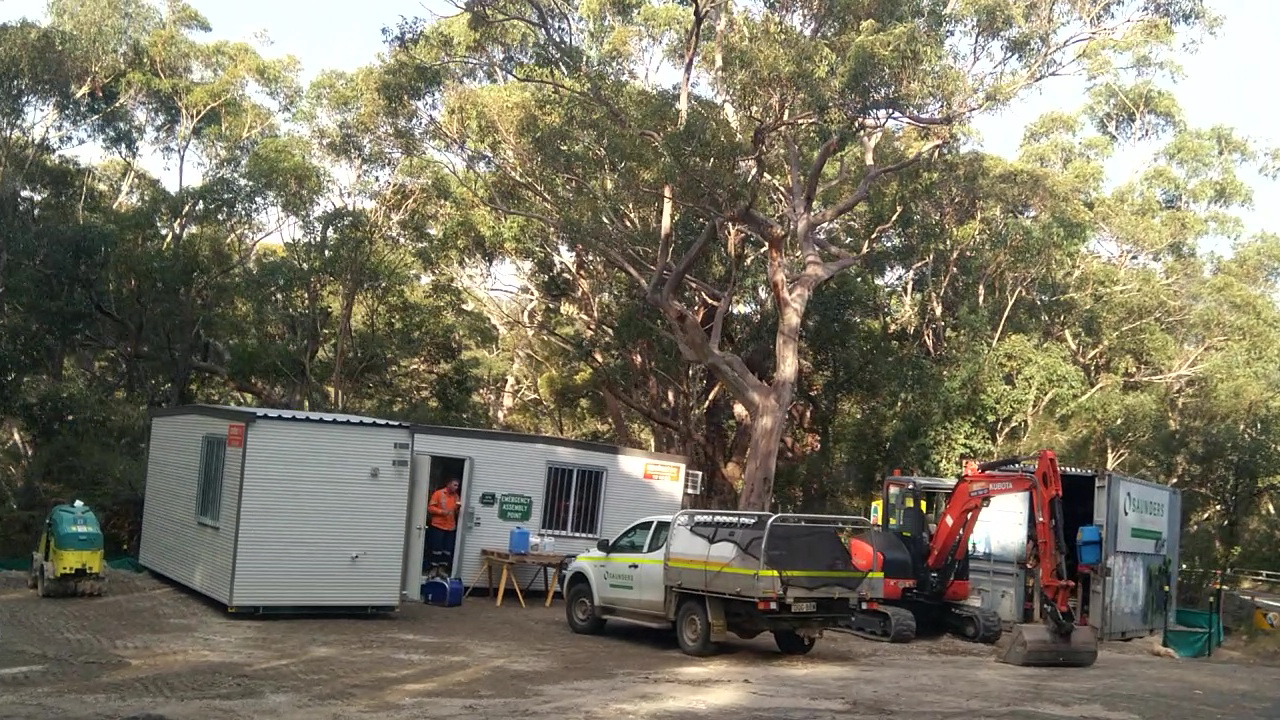 Progress has been made on the Flat Rock Creek Bridge replacement in the Royal National Park.

The old timber based Flat Rock Creek bridge had  structural issues requiring it’s replacement.  The narrow 75 year old bridge was no longer fit for purpose and had become a pinch point for traffic when large trucks crossed over it.

As a result Transport for NSW had started construction works on 4 September for the existing bridge to be removed and a new prefabricated replacement bridge to be dropped into it’s place. 20 October was set as the target date for the works to be completed and the bridge ready for public use.

Residents of Bundeena Maianbar had petitioned for the works to take place during the winter months when weekend traffic is at a seasonal low. However, shipment of the prefabricated bridge,  which was coming from overseas,  was delayed due to the COVID19 pandemic so works could not be scheduled  during this period.

While construction is in progress Bundeena and Maianbar commuters and visitors to the towns need to drive via the alternate route using the Waterfall entrance of the Royal National Park . This has caused significant traffic congestion on weekends as the single road access has not deterred visitors to the the Park.

Wattamolla, Garie and Bonnie Vale beaches have regularly been reaching capacity on weekends with overflow visitors being turned away. However, this hasn’t stopped some visitors from parking on Sir Bertram Stevens Drive and making the long four kilometre walk to Wattamolla beach with esky in tow. Traffic exiting the Park during the evening has also been problematic with long queues of several kilometres along McKell Ave before drivers could turn onto the Princes Highway.

Over the past five weeks since construction started there have been several milestones completed. The old bridge has been dismantled and removed with the timber being on sold to a company specialising in recycling hardword for new building projects. 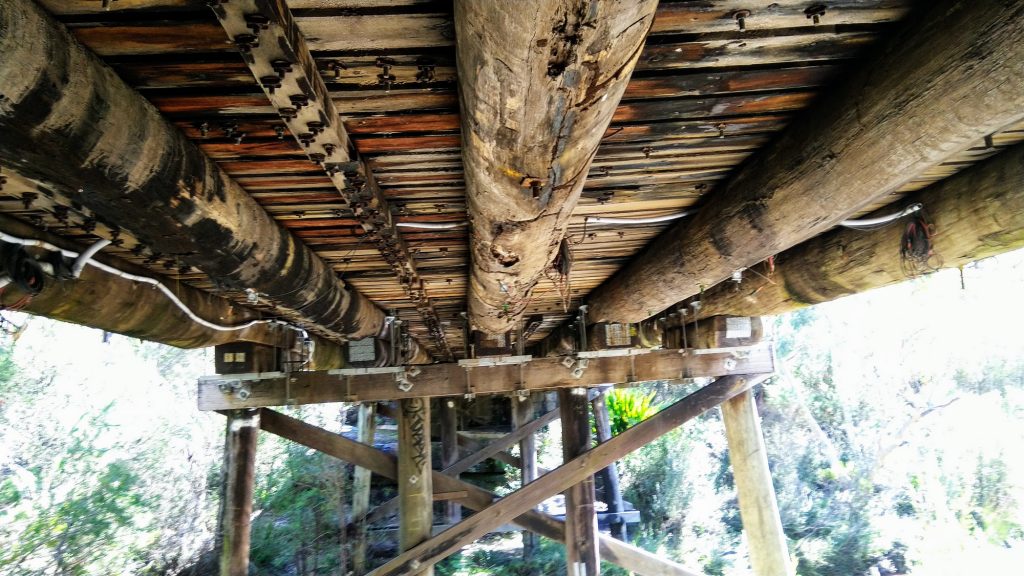 The old abutments which support the bridge at each of the ends were excavated and removed and replaced with new ones.  Similarly, the concrete pilings which the new bridge will stand on were replaced.

Construction of the bridge wing walls was completed as was earthworks to backfill the area. A crane pad has also been built which will be used to lift the bridge into place.

Bridge assembly and placement are still to be performed but weather permitting the new bridge is expected to be completed on schedule.