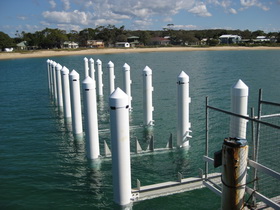 Slim Dusty wrote the iconic song The Pub With No Beer and if he was still alive perhaps he could have written one for Bundeena called The Wharf With No Wood.

The new wharf at Bundeena which was originally expected to be completed by December of 2008 will be at least 9 months late with a revised completion date of “this summer”. The renovation of the wharf began in September 2008 with a simultaneous renovation of Cronulla wharf which began a month earlier. The Cronulla wharf renovation over ran the original schedule by a couple of months but the bulk of it was completed by January 2009. 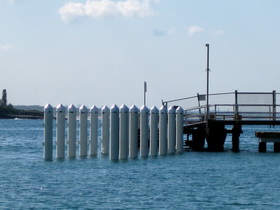 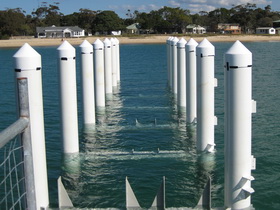 The construction of the Bundeena wharf has dragged on for the last eight months with long periods of inactivity. The most recent cause of delays is issues with sourcing of timber for the wharf deck. The timber is sourced from northern NSW but due to an unusually wet winter there the timber could not be cut. The timber is normally used immediately after cutting to avoid it drying out which could otherwise lead to cracking.

State and Council governments will be funding a $1.4 million dollar upgrade of the Cronulla and Bundeena wharves. Read More

If all goes to plan Bundeena will receive a new wharf for Christmas. Read More

While the wharf upgrade is completed at Cronulla the Bundeena upgrade is lagging behind. Read More 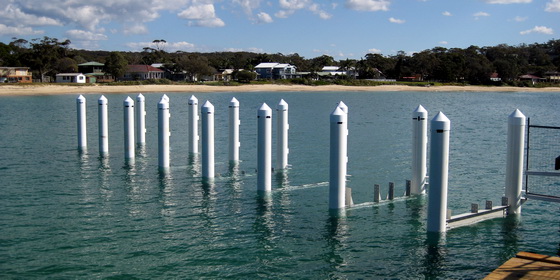