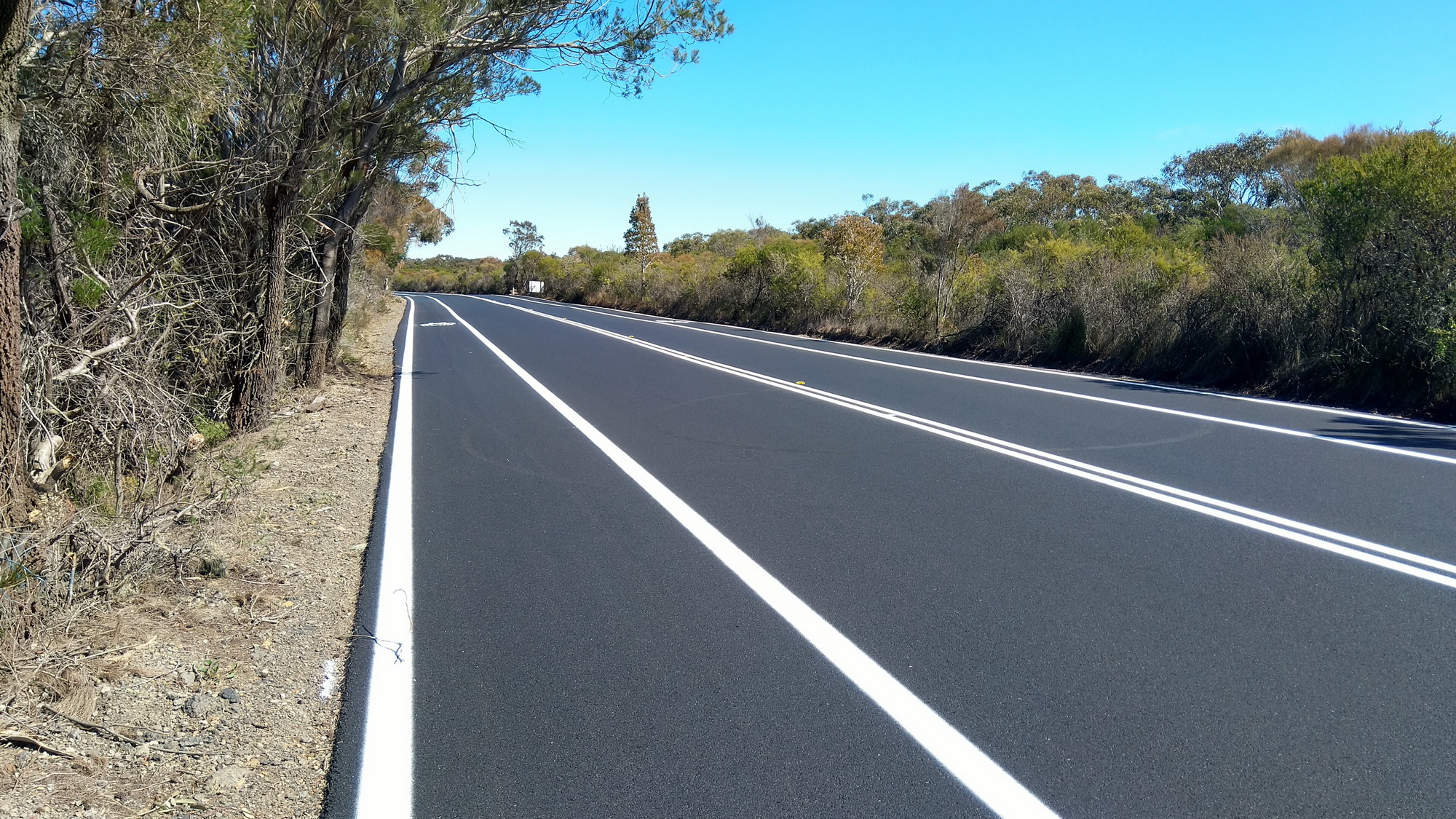 The Bundeena Drive road upgrade  has been completed resulting in an improved experience for both drivers and cyclists.

In addition to repaving the road it was also widened from 6 meters to 10 metres allowing the inclusion of cycle lanes on both sides. When combined with the existing cycle lanes along Bundeena Drive more than half of the 9km stretch from Bundeena entrance to Sir Betram Stevens Drive now includes cycle lanes.

The roadworks involved some new construction innovations with signficant environmental benefits. Specialist machinery was used to remove and recycle the existing road base. The process allowed for 80% of the material to be recycled and prevented from going to landfill. As well, the recycling would save 50% in greenhouse emissions from future road constructions.

Additionally, the new road base contained a portion of recycled materials including plastic bags, glass bottles, used printer toner cartridges and the reuse of existing road base.

Feedback from Bundeena Maianbar residents was initially negative. After construction had ceased and road lines marked the road surface was still rough. Heavy rains in early August created large potholes which further raised the ire of residents. However,  complaints were premature as the road was purposely left rough for it to settle and after a few weeks the final resurfacing was completed with fresh road line markings.

Residents are now happy with the overall result though the removal of an overtaking section has caused some discontent.