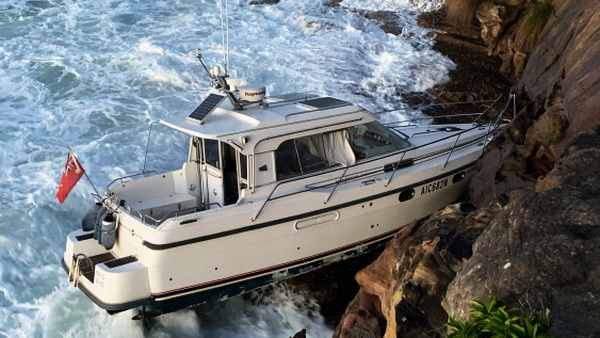 Startled Bundeena residents witness a tragedy when a boat crashed onto the rocks at Gunyah Point.

The waters off Gunyah beach are Bundeena’s only permament mooring area for local boat owners. In recent years several boats have gone off their moorings due to large ocean swells.

However, it was not a local boat that was on the rocks at Gunyah Point but a visiting cruiser which had drifted on to them. Witnesses had sounded the alarm around 3:30pm and a flurry of emergency services responding including Marine & NSW Police, NSW Fire Brigade, NSW Ambulance and Surf Live Savers. 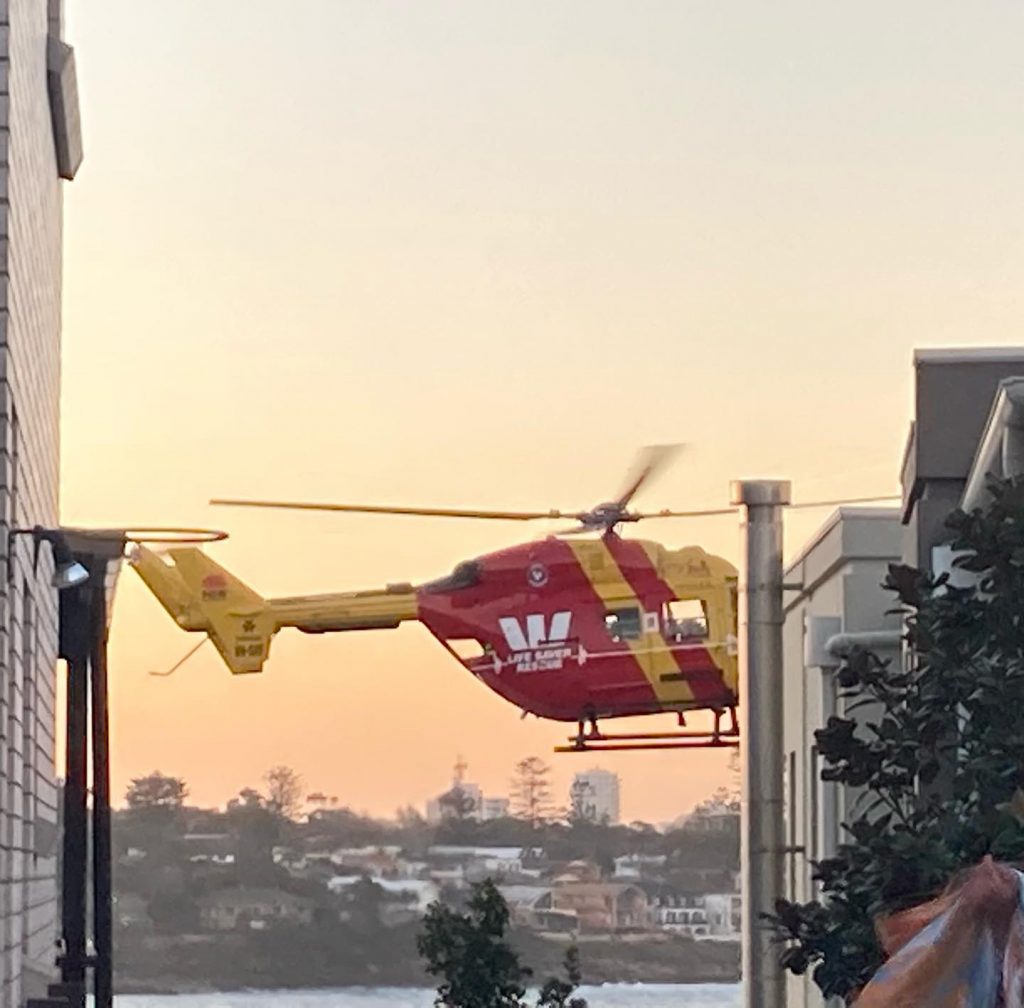 After the initial asessment the Westpac Life Saver Rescue helicopter was summoned to look for the operator of the cruiser. The operator, a man in is nineties was spotted in the water and retrieved by the helicopter. Witnesses on the scene reported the man was not moving. 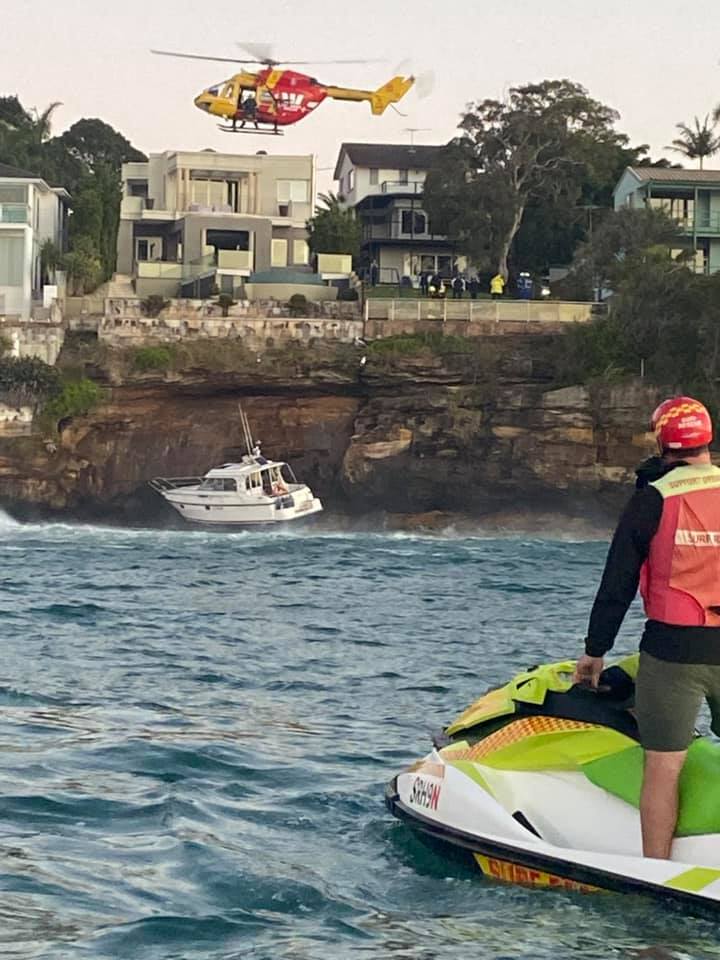 Emergency services assembled at Bundeena Oval to retrieve the man from the helicopter. CPR was performed by paramedics on the scene but the man was pronounced deceased.

It is believed the man suffered a medical episode before the boat set adrift.